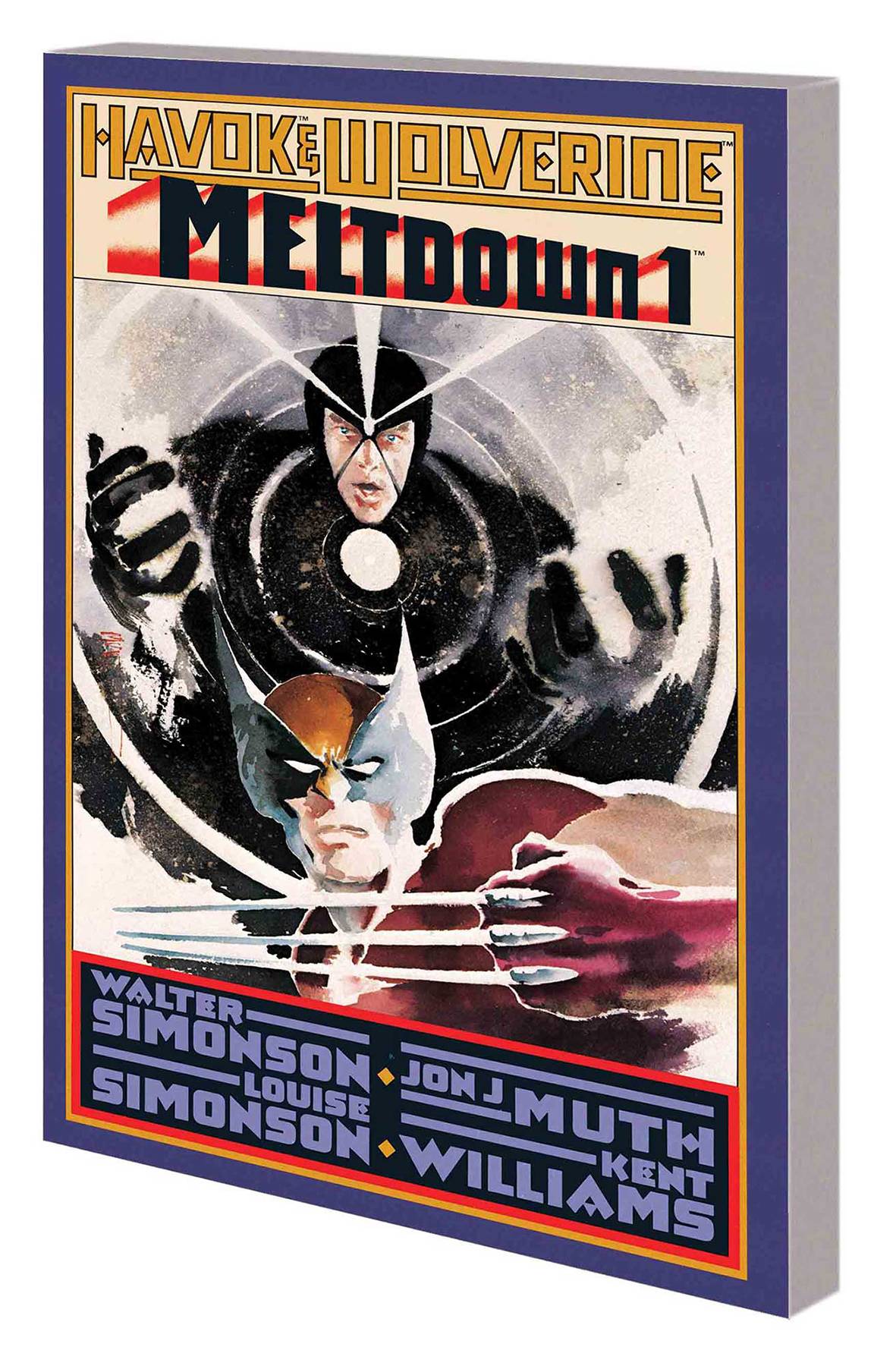 #
APR190973
(W) Walter Simonson, Louise Simonson (A) Kent Williams (A/CA) Jon J. Muth
Two friends. Two mutants. Two X-Men! Havok, gifted with the ability to project devastating plasma bursts. Wolverine, a feral warrior with an uncanny healing factor, an unbreakable Adamantium skeleton and razor-sharp claws. Ambushed by Russian terrorists while on leave in Mexico, the two find themselves caught in a deadly web of international intrigue and betrayal! Can Alex Summers and Logan thwart a plot to bring the Western world to its knees? Beautifully painted artwork combines with fast-paced prose to create a milestone among graphic albums as Havok and Wolverine star in a landmark X-Men story like no other! Collecting HAVOK & WOLVERINE: MELTDOWN #1-4.
Mature
In Shops: Jul 17, 2019
SRP: $24.99
ORDER WISH LIST