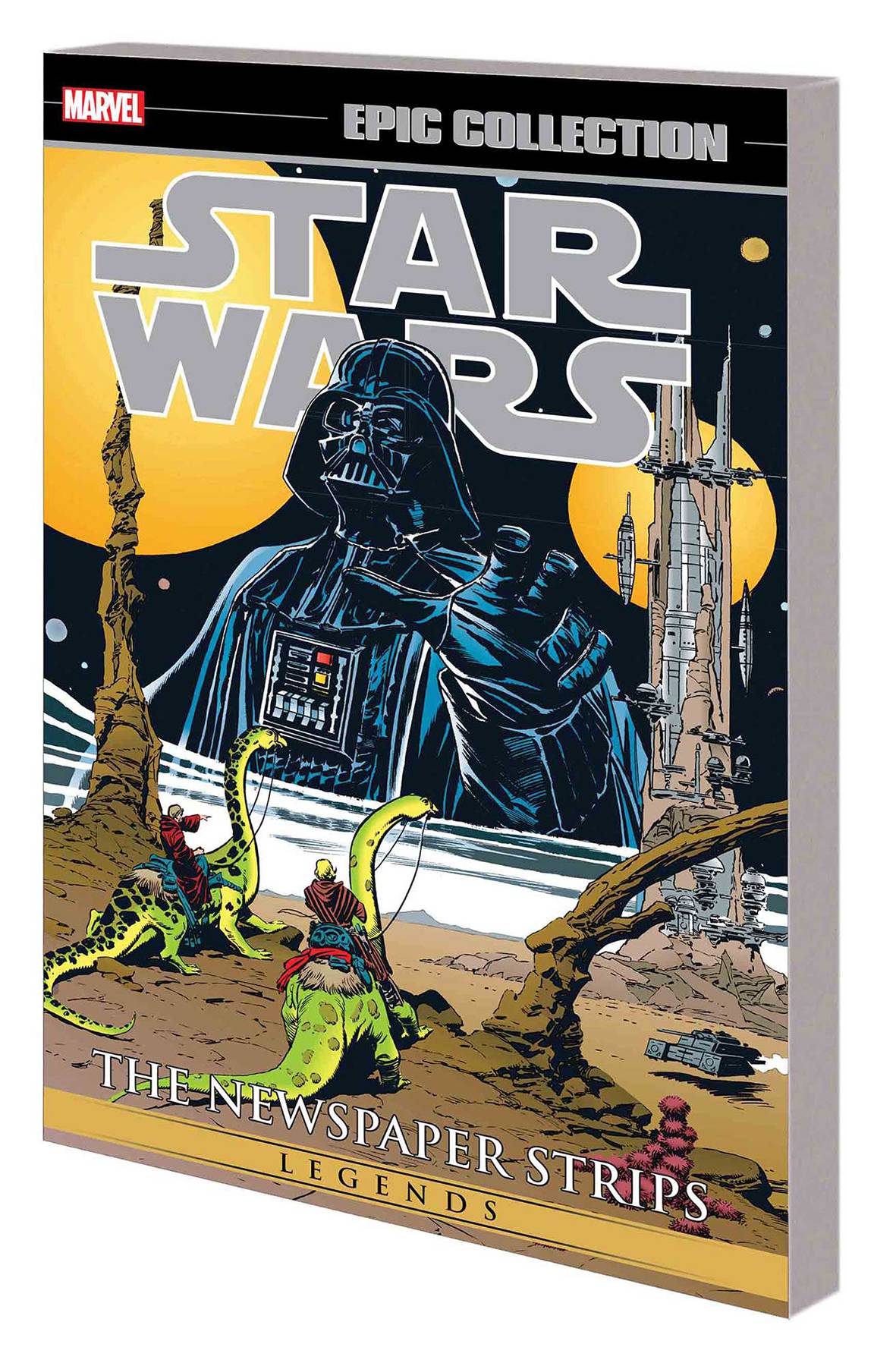 #
APR190967
(W) Archie Goodwin (A/CA) Al Williamson
More classic tales of Star Wars torn from the newspapers of a long time ago! Luke Skywalker, Princess Leia, Han Solo, Chewbacca, C-3PO and R2-D2 continue to take the fight to the Empire, but it's a dangerous galaxy out there! As Luke is enslaved by the Serpent Masters, Doctor Arakkus prepares a death trap - and the rebels' base is besieged! There are dangers in the depths of Aquaris and an ancient threat lurking in the heart of Yavin's moon! But who is that claiming to be Ben Kenobi?! As the Rebel Alliance prepares to relocate to the ice planet Hoth, Luke gears up for a climactic showdown with Darth Vader - and Han Solo faces a rogues' gallery of bounty hunters including the mysterious Boba Fett! Collecting CLASSIC STAR WARS #5-20 and material from #4.
Rated T
In Shops: Jul 03, 2019
SRP: $39.99
View All Items In This Series
ORDER SUBSCRIBE WISH LIST