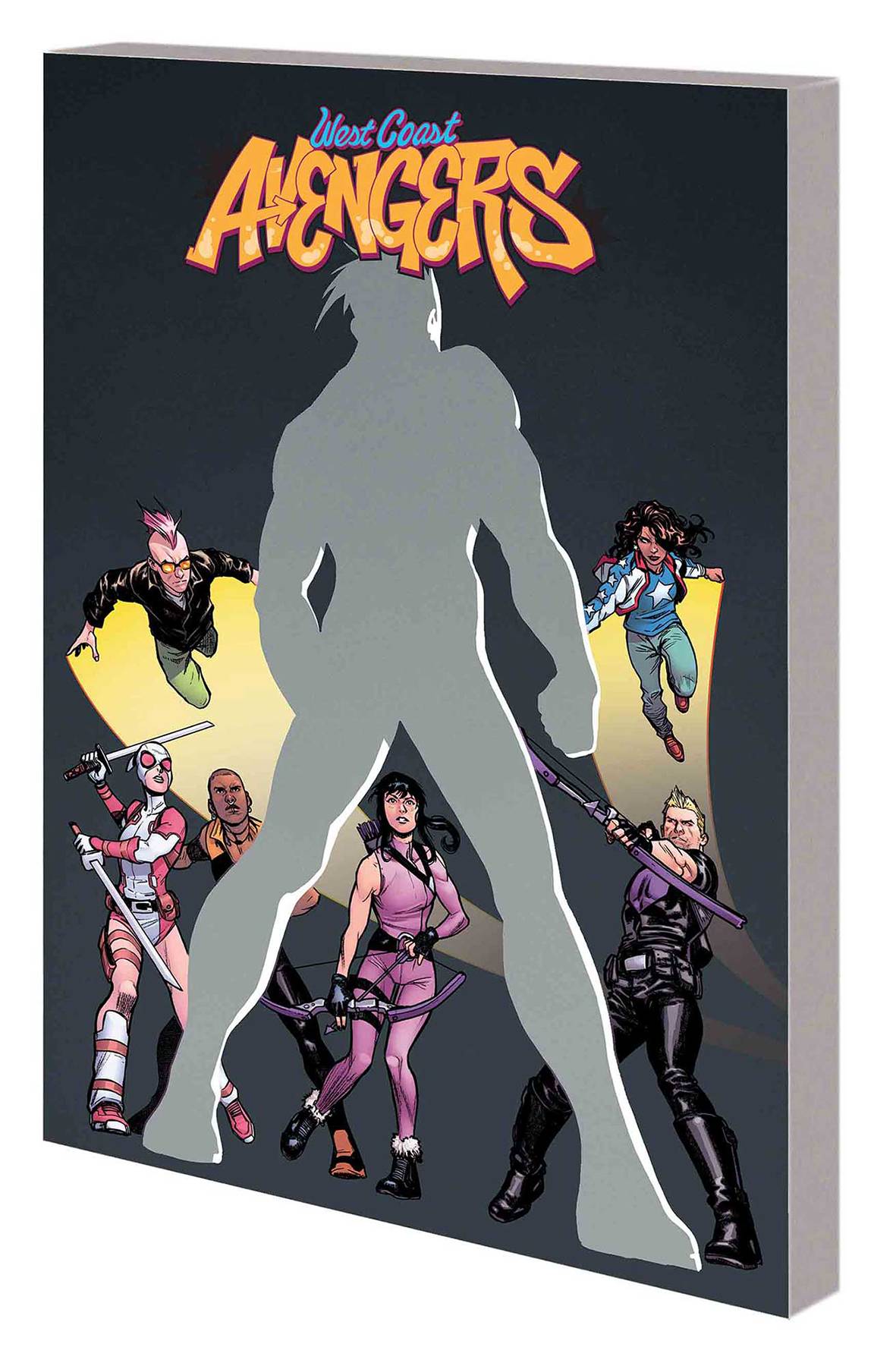 #
APR190956
(W) Kelly Thompson (A) Daniele Di Nicuolo, Lim, Gang Hyuk (CA) Eduard Petrovich
Marvel Boy is back, and his timing couldn't be worse! What house of horrors awaits the West Coast Avengers? And what familiar face is going to throw a wrench into Kate Bishop's less-than-well-oiled team? Could it be Kate's former boyfriend, the Kree warrior Noh-Varr? Yes it could! Your favorite Hawkeye's relationship with Fuse is looking shaky, and the last thing she wants is her hot ex hanging around! Meanwhile, something foul is afoot in the City of Angels, courtesy of the newly formed Masters of Evil West Coast! Creepy Hollywood cults and gruesome blood sacrifices? This is a job for the Whackos! Kate and your other favorite Hawkeye must lead the fight to save the "chosen one" - America Chavez! But who is their mysterious and powerful new ally? Collecting WEST COAST AVENGERS (2018) #5-10.
Rated T+
In Shops: Jun 26, 2019
SRP: $17.99
View All Items In This Series
ORDER SUBSCRIBE WISH LIST