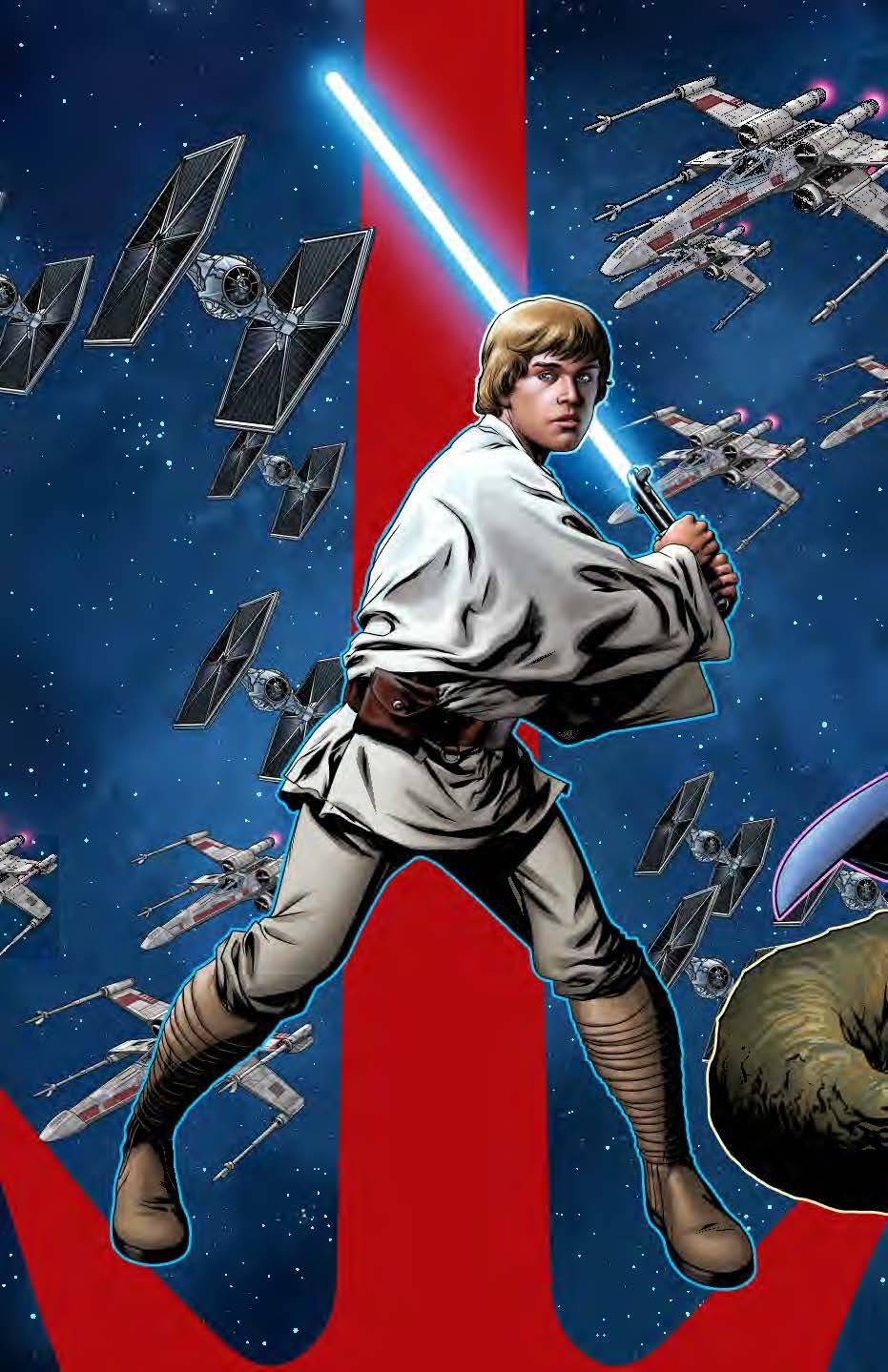 #
APR190926
(W) Greg Pak (A) Chris Sprouse, Stefano Landini, Scott Koblish (CA) Mike McKone
THE FIRST TEMPTATION OF LUKE SKYWALKER!
•  After learning the true identity of his father, LUKE continues his training and prepares for the inevitable showdown, determined never to follow the path of VADER.
•  But when a rebel general's mistakes lead to disaster and Luke must seize command, the DARK SIDE tempts him as never before.
•  Featuring the eerie influence of THE EMPEROR!
Rated T
In Shops: Jun 05, 2019
SRP: $3.99
ORDER WISH LIST