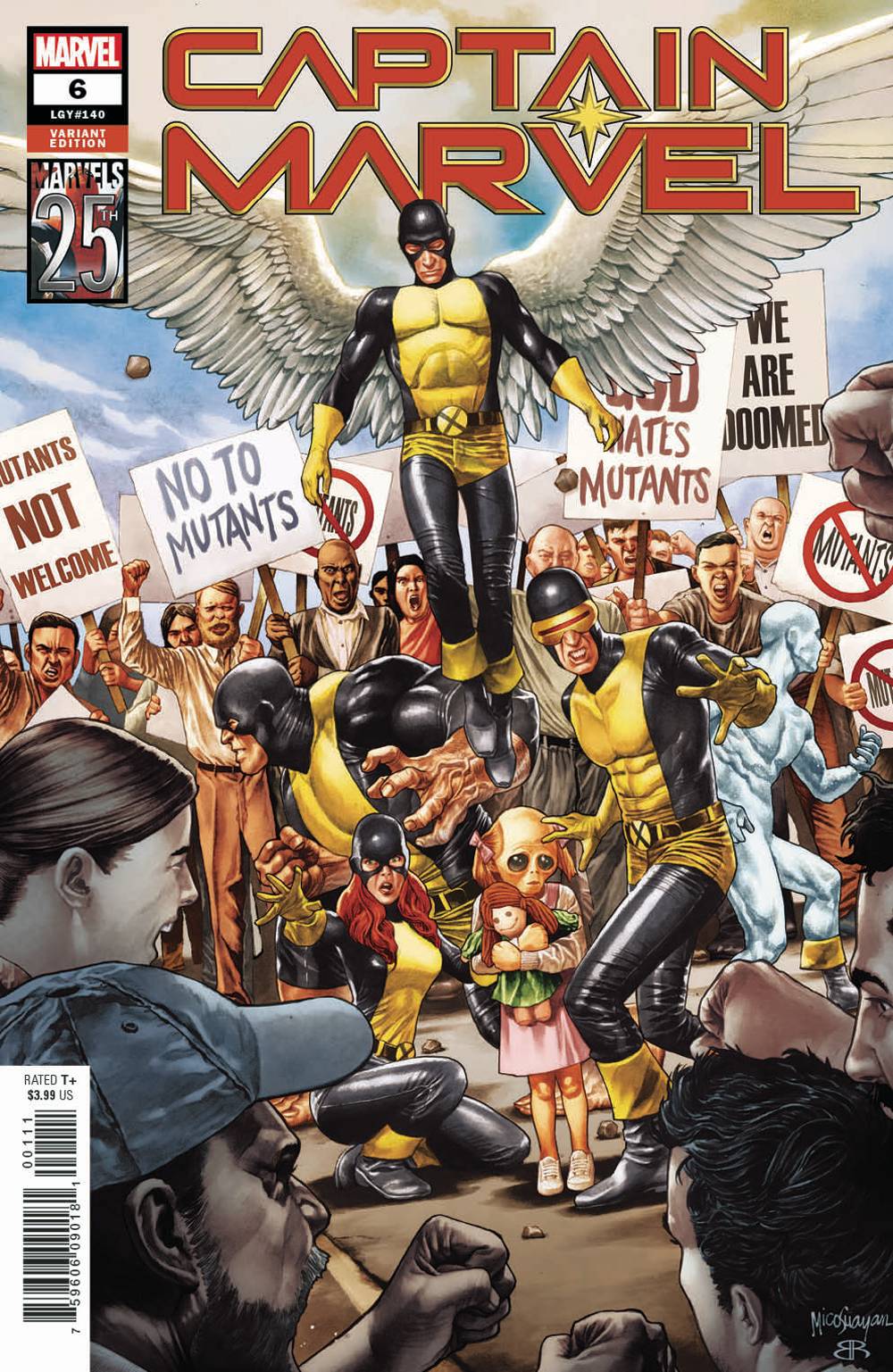 #
APR190753
(W) Kelly Thompson (A) Annapaola Martello (CA) Mico Suayan
WAR OF THE REALMS TIE-IN!
The Dark Elf King Malekith and his allies have conquered Earth! At least, they THINK they have - and they've divided the spoils accordingly, with the Enchantress raising an army of the dead and staking her claim on South America. But if the Enchantress is expecting a royal welcome, she's forgotten what she's dealing with - Earth isn't going down without a fight. And as Captain Marvel leads DOCTOR STRANGE and BLACK WIDOW into the land of the dead, nothing about this mission will be what our heroes expect.
Rated T+
In Shops: Jun 05, 2019
SRP: $3.99
View All Items In This Series
ORDER SUBSCRIBE WISH LIST