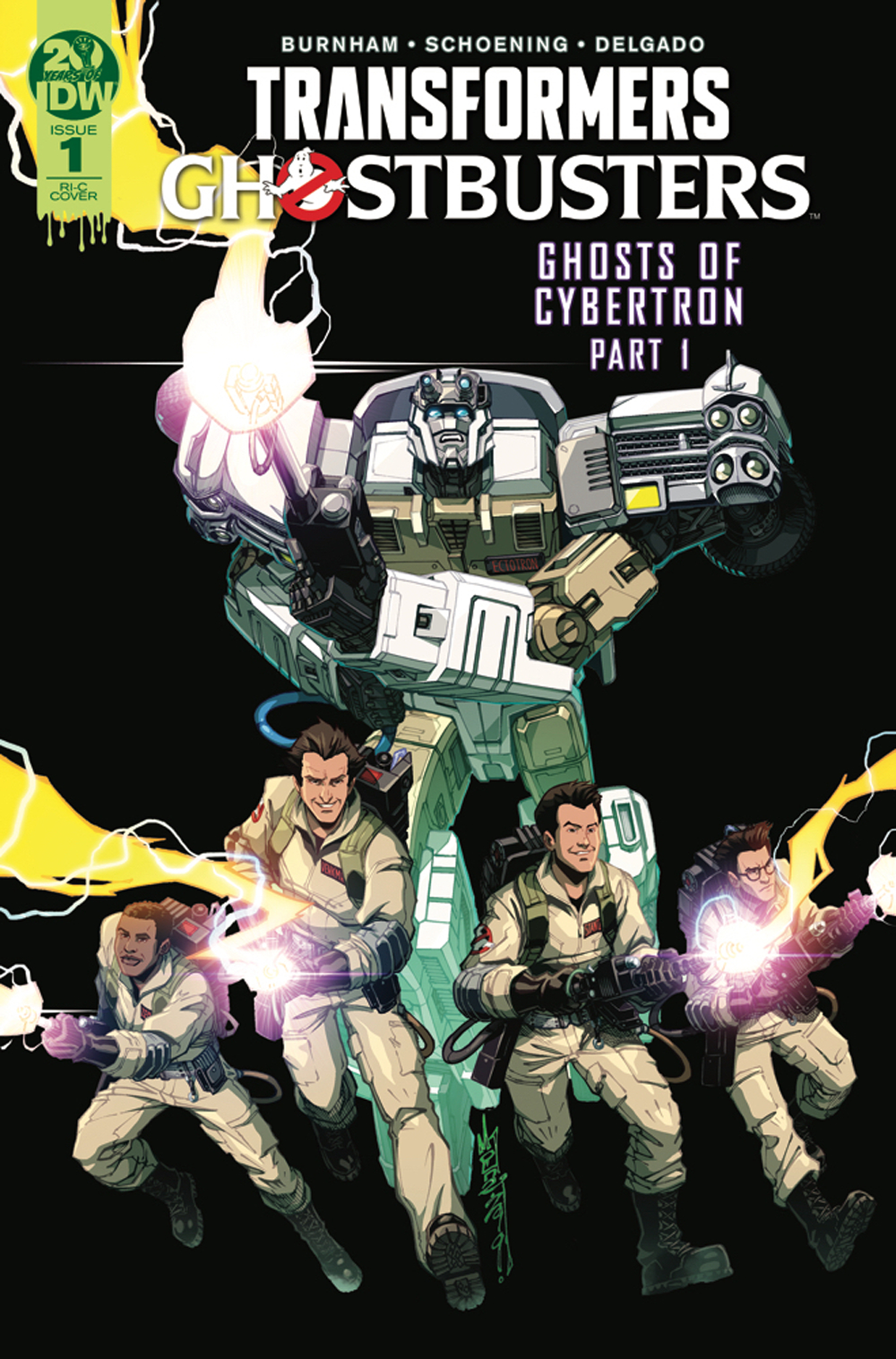 APR190599
(W) Erik Burnham (A) Dan Schoening (CA) Alex Milne
"GHOSTS OF CYBERTRON" PART 1! For years, the planet Cybertron was held in the grip of civil war as the Autobot and Decepticon factions battled for supremacy. Eventually, the Autobots decided to leave their homeworld... barely missing a cataclysm that destroyed all other life on the planet. Now, years later, the Autobots pick up a Cybertronian signal that originates from the planet Earth. A signal that couldn't possibly exist... yet does. The only thing they can do is investigate... and that investigation will bring them into contact with a group of experts on things that couldn't possibly exist: The Ghostbusters. The Robots in Disguise meet the Boys in Grey in a crossover you'll have to see to believe!

Celebrating 35 years of these two legendary pop-culture franchises-Transformers and Ghostbusters!
The crossover three and half decades in the making!
Featuring a brand-new Autobot-Ectotron-and other crossover surprises!
Written and illustrated by the long-time fan-favorite Ghostbusters creative team of Erik Burnham, Dan Schoening, and Luis Antonio Delgado!
Five action-packed interconnecting covers from series artist Dan Schoening!
The series will also include covers from superstar artists like Nick Roche, Alex Milne, Paulina Ganucheau, Priscilla Tramontano, and more!
In Shops: Jun 26, 2019
SRP: $3.99
View All Items In This Series