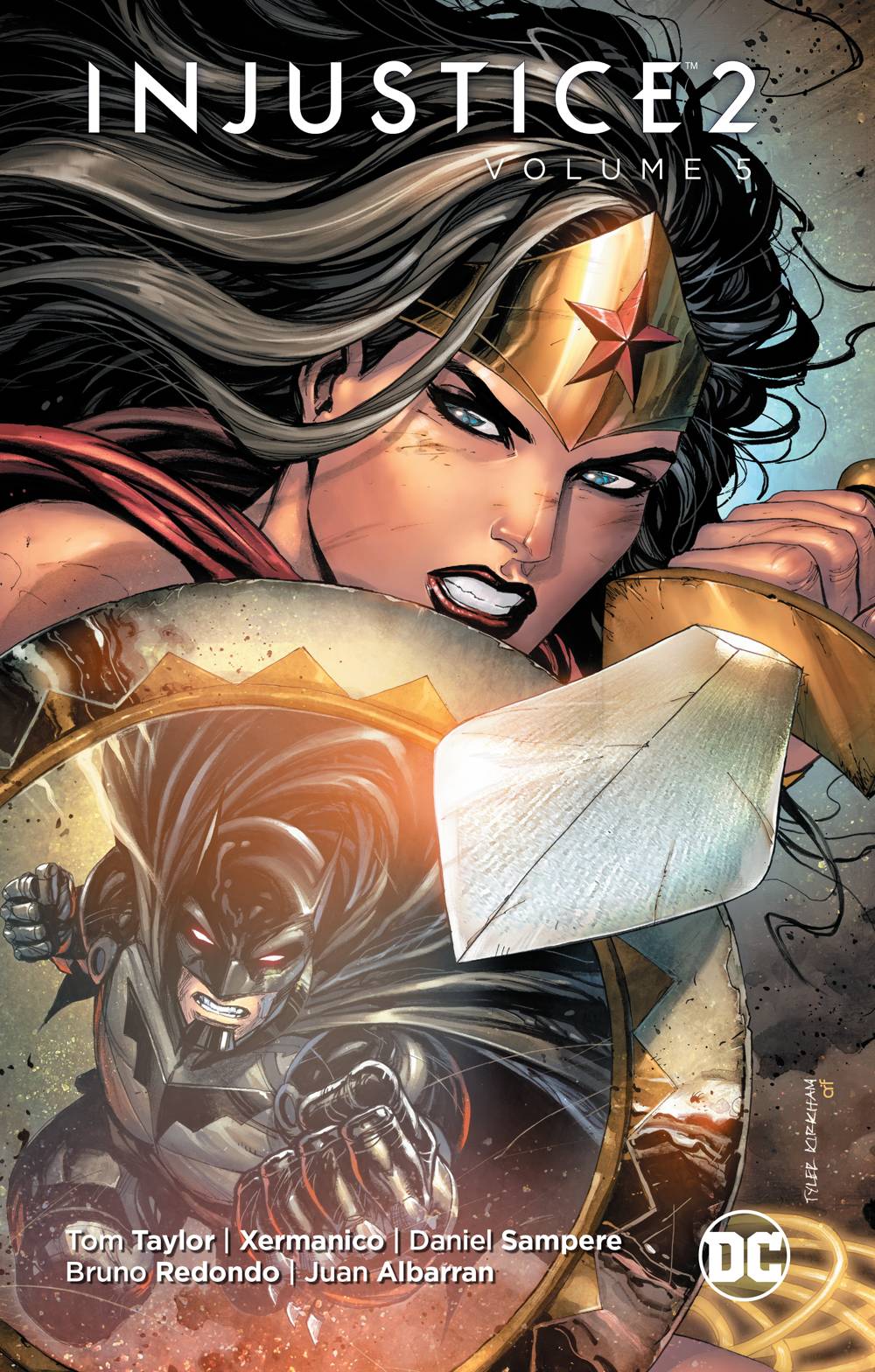 #
APR190550
(W) Tom Taylor (A) Xermanico, Daniel Sampere, Bruno Redondo, Juan Albarran (CA) Tyler Kirkham
Condemned to a prison planet by the Guardians of Oa, Hal Jordan must come to grips with his role in Superman's failed Regime. Haunted by visions of the past and berated by his guard, Soranik, the former Green Lantern takes out his anger on a new arrival. But an attack on the prison might soon spell disaster for the Green Lantern Corps. Collects issues #25-30!
In Shops: Aug 28, 2019
SRP: $16.99
View All Items In This Series