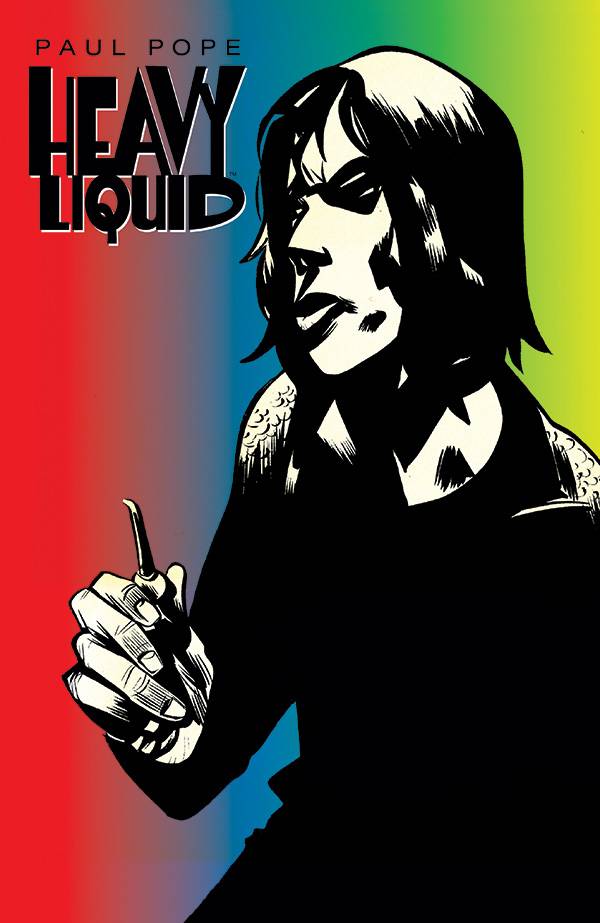 #
APR190052
(W) Paul Pope (A/CA) Paul Pope
Celebrate the 20th anniversary of PAUL POPE's (Battling Boy, Batman: Year 100) Eisner-nominated sci-fi/cyberpunk classic with this new edition. Time Magazine listed HEAVY LIQUID among the 100 most important science fiction graphic novels of the decade when it originally debuted in the 2000s, and its relevance and influence has only increased since it was first published. In a future where New York has evolved into a sci-fi metropolis, a man named S becomes entwined in a mystery that's littered with love and drugs-and in particular, an addictive substance called heavy liquid that's both a drug and an art form. In his search for the one artist skilled enough to render heavy liquid into a perfect sculpture, S finds himself battling deadly psychopathic foes as well as the inner demons of addiction. If he can survive these physical and mental trials, S just might discover the shocking secret behind heavy liquid, and a love he thought lost forever. Collects HEAVY LIQUID #1-5.
In Shops: Jun 19, 2019
SRP: $24.99
ORDER WISH LIST