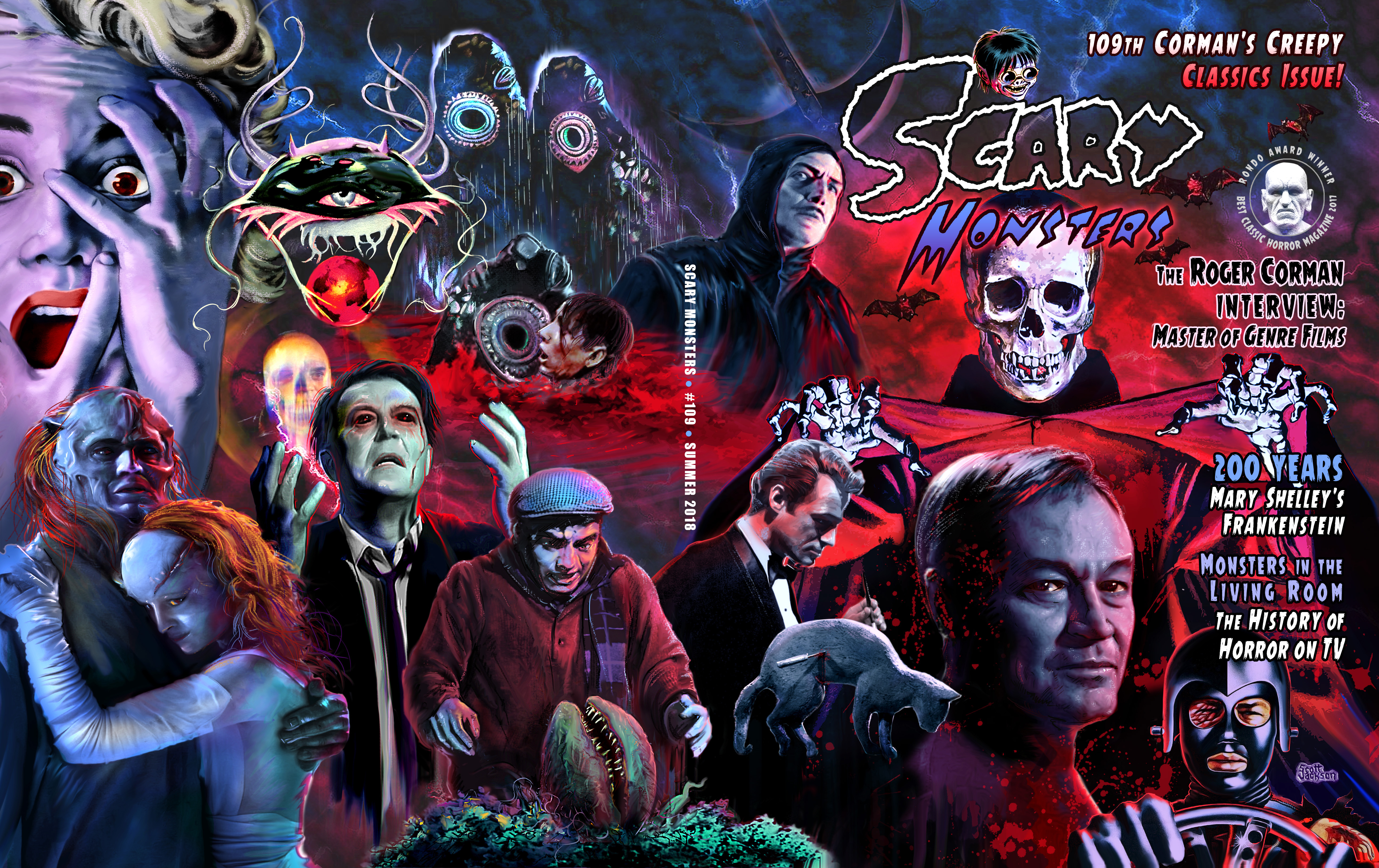 APR181655
He has more than 400 credits as a producer and more than 50 as a director. He's widely known as "The King of the Bs." In this issue we pay tribute to living legend Roger Corman, whose films from Day the World Ended and Attack of the Crab Monsters to Pit and the Pendulum and X: The Man With the X-Ray Eyes have thrilled Monster Kids for generations. His influence on the motion picture industry and the movie-going public is everlasting. We'll also celebrate the 200th anniversary of Mary Shelley's Frankenstein and film adaptations that live on.
In Shops: Jun 27, 2018
SRP: $9.95
View All Items In This Series
ORDER SUBSCRIBE WISH LIST