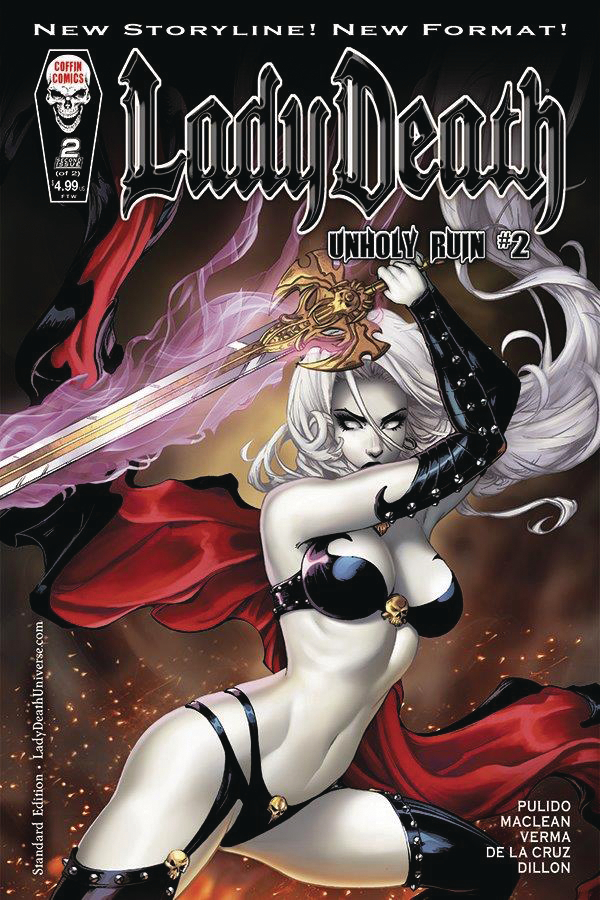 APR181483
(W) Brian Pulido, Mike MacLean (A) Dheeraj Verma (CA) Collette Turner
In an effort to rescue her mother, Lady Death has invaded "Gore Galore" a murderous reality show televised throughout Hell. And now it appears her former ally Haxan has turned against her! Unknown to Lady Death, Hellwitch's insurmountable horde closes in to defeat her for once and for all. On Earth, a group of supernatural saviors including Wargoth, War Angel, Hellslinger, Chaotica, Brock and Rada plan to invade Hell and bring Lady Death to earth to save it from the extinction level villainy of The Trinity. Plus, the return of a beloved character! Things are about to get messy!
In Shops: Jun 27, 2018
SRP: $4.99
View All Items In This Series
ORDER SUBSCRIBE WISH LIST