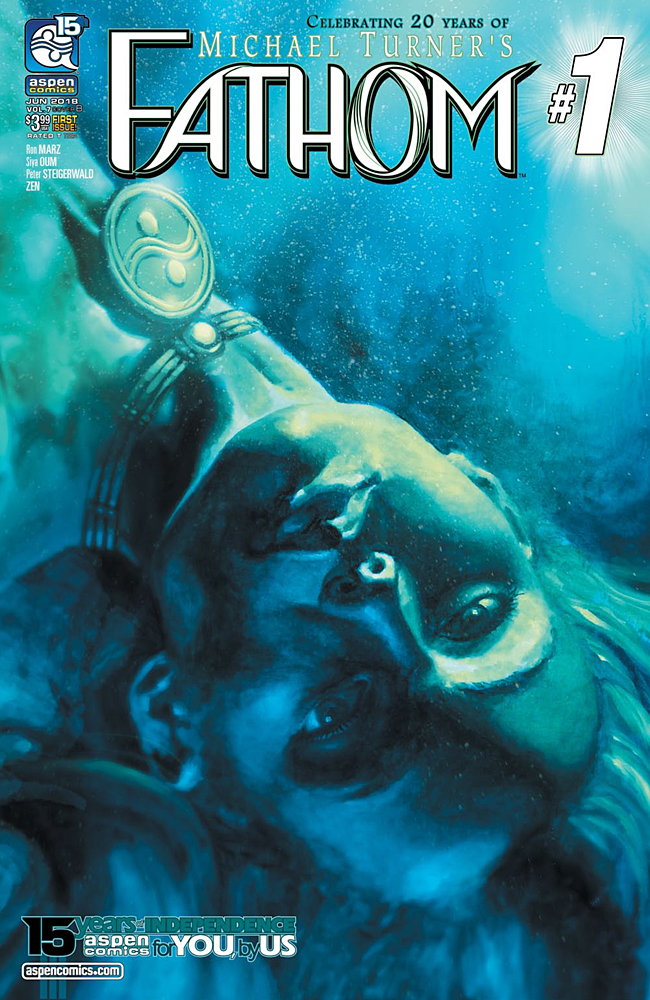 APR181329
(W) Ron Marz (A) Siya Oum (CA) Micheal Choi
1998's Best-Selling Title of the Year Celebrates 20 Years in 2018!
This all-new adventure for Aspen's preeminent hero sees her attempt to navigate an ever-changing world where The Blue are not only present above the surface-but exploited in new and dangerous ways. When a rival nation to The States decides to take control of the global landscape by tapping into the power of The Blue, Aspen Matthews discovers that a new adversary has risen to challenge the notion that she is the most powerful person on the planet-and humanity may suffer the consequences!
Michael Turner and Aspen Comics' flagship title commemorates its landmark twenty years since its debut in grand fashion! The superstar creative team of Ron Marz (Green Lantern, Witchblade) and Siya Oum (Lola XOXO) are on board to deliver Fathom, and the iconic heroine, Aspen Matthews, to a new generation of readers as well as loyal fans alike!
In Shops: Jun 20, 2018
SRP: $3.99
View All Items In This Series
ORDER SUBSCRIBE WISH LIST