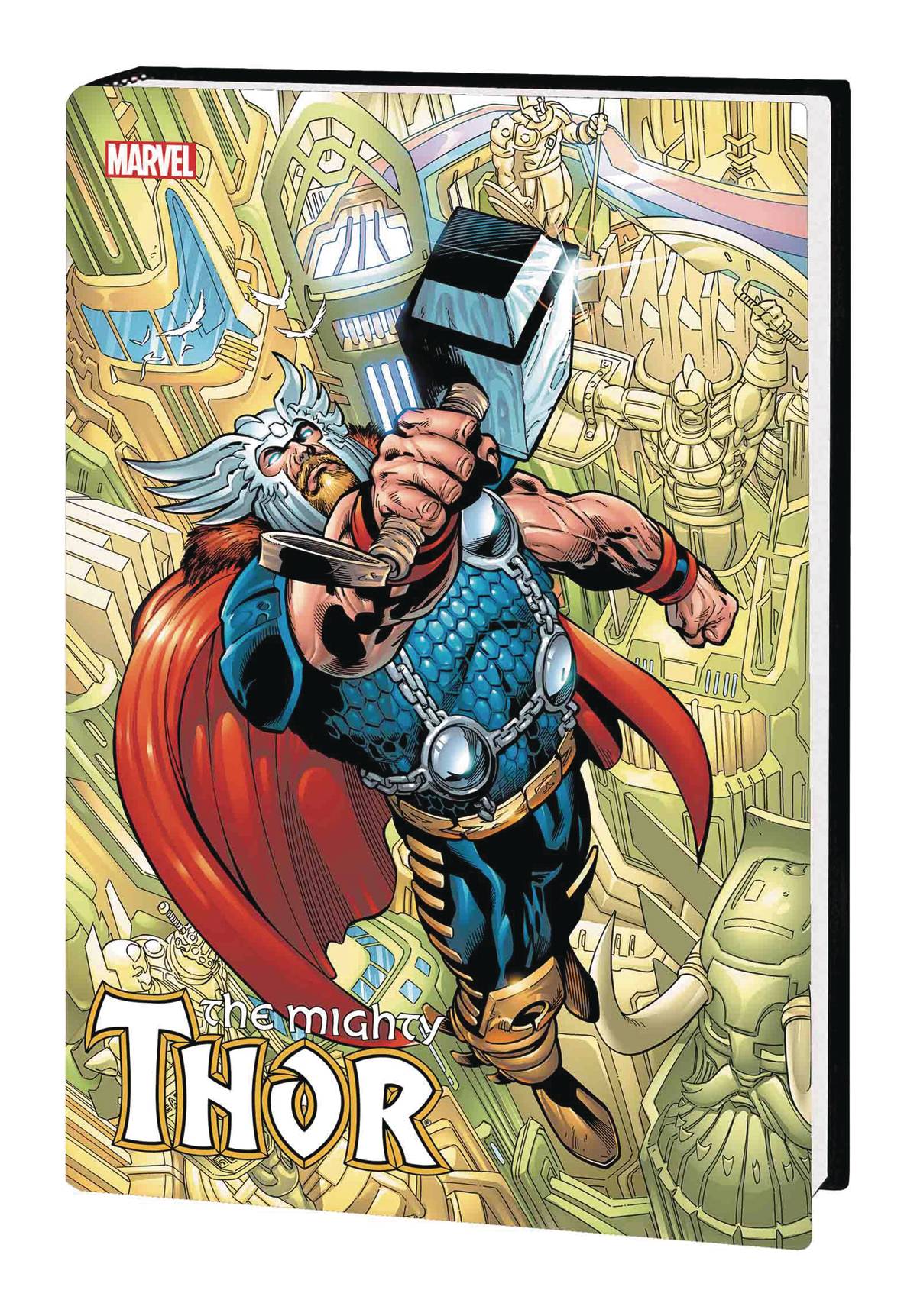 #
APR180845
(W) Dan Jurgens, Mike Grell, Geoff Johns, Various (A) Tom Grummett, Walter Taborda, Jim Starlin, Various (CA) Scott Eaton
When Odin falls, Thor rises! But as the Thunder God takes the Throne of Asgard and faces Desak, Destroyer of Pantheons, Earth is left in the hands of the untested Tarene! Now possessing the Odinforce, Thor is more powerful than ever, but his new crown weighs heavily - as does his feeling of responsibility to Midgard. An extreme solution brings Asgard to Earth and inadvertently ignites a new religion - but when Iron Man and Captain America try to intervene, will Thor turn his back on the Avengers for good? And how far will Thor go to save mankind? The answer lies in the future...and the ascent of Thor, Lord of Earth! But as Ragnarok approaches in the present, Asgard may well burn! Collecting THOR (1998) #36-85 and ANNUAL 2001, IRON MAN (1998) #64, AVENGERS (1998) #63 and material from MARVEL DOUBLE-SHOT #1.
Rated T+
In Shops: Oct 03, 2018
SRP: $125.00
View All Items In This Series