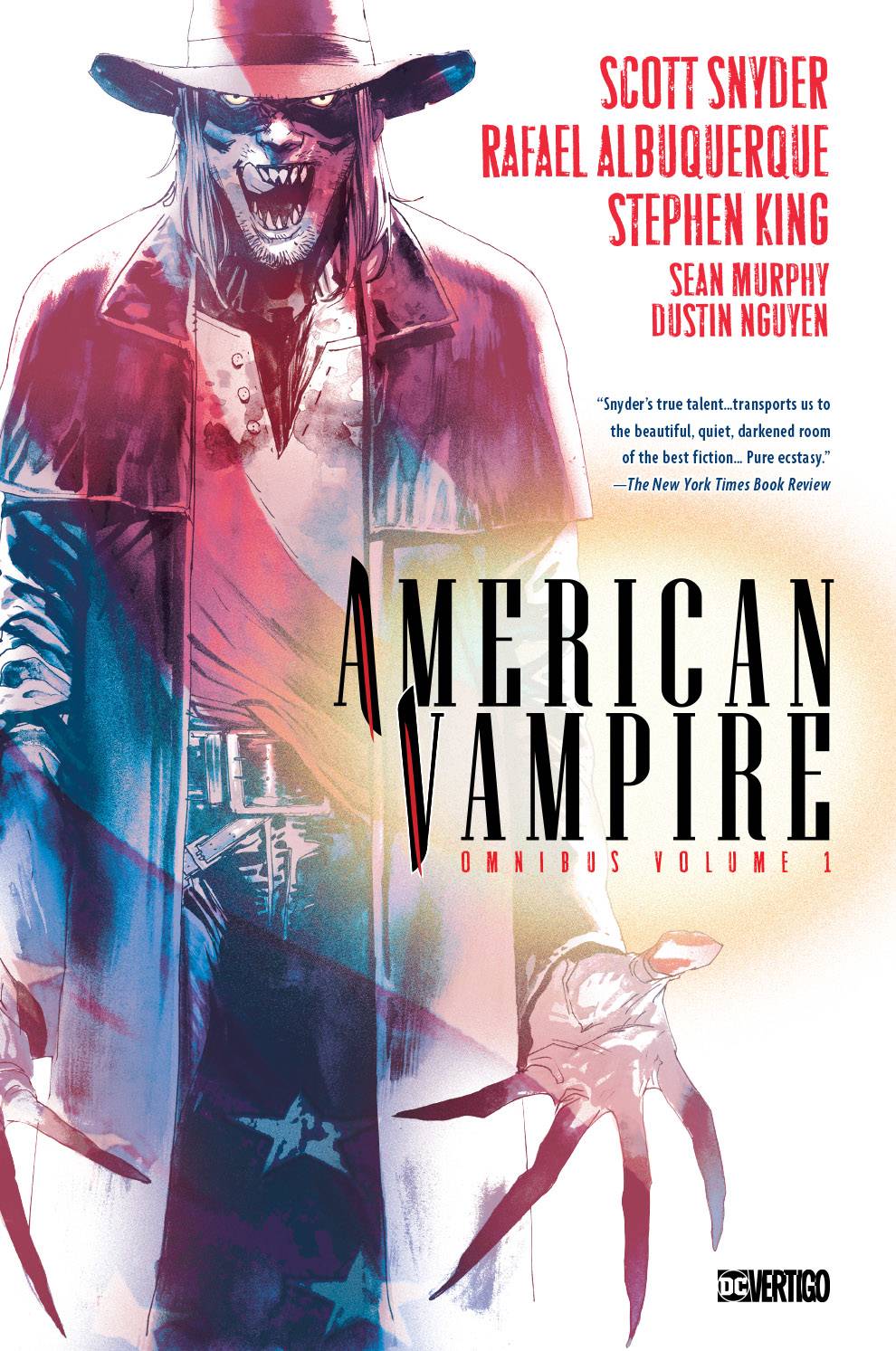 #
APR180291
(W) Scott Snyder, Stephen King (A) Danijel Zezelj, Sean Murphy, Dustin Nguyen, Others (A/CA) Rafael Albuquerque
In this volume collecting the series that first brought Scott Snyder to fans' attention, meet Pearl, a young woman living in 1920s Los Angeles, who is brutally turned into a vampire and then sets out on a path of revenge against the monsters who tortured and abused her - with the help of a gunslinger named Skinner Sweet. Plus, in stories written by legendary novelist Stephen King, learn the origin of Skinner Sweet! Collects AMERICAN VAMPIRE #1-27, AMERICAN VAMPIRE: SURVIVAL OF THE FITTEST #1-5 and AMERICAN VAMPIRE: LORD OF NIGHTMARES #1-5.
In Shops: Oct 31, 2018
SRP: $99.99
View All Items In This Series
ORDER WISH LIST