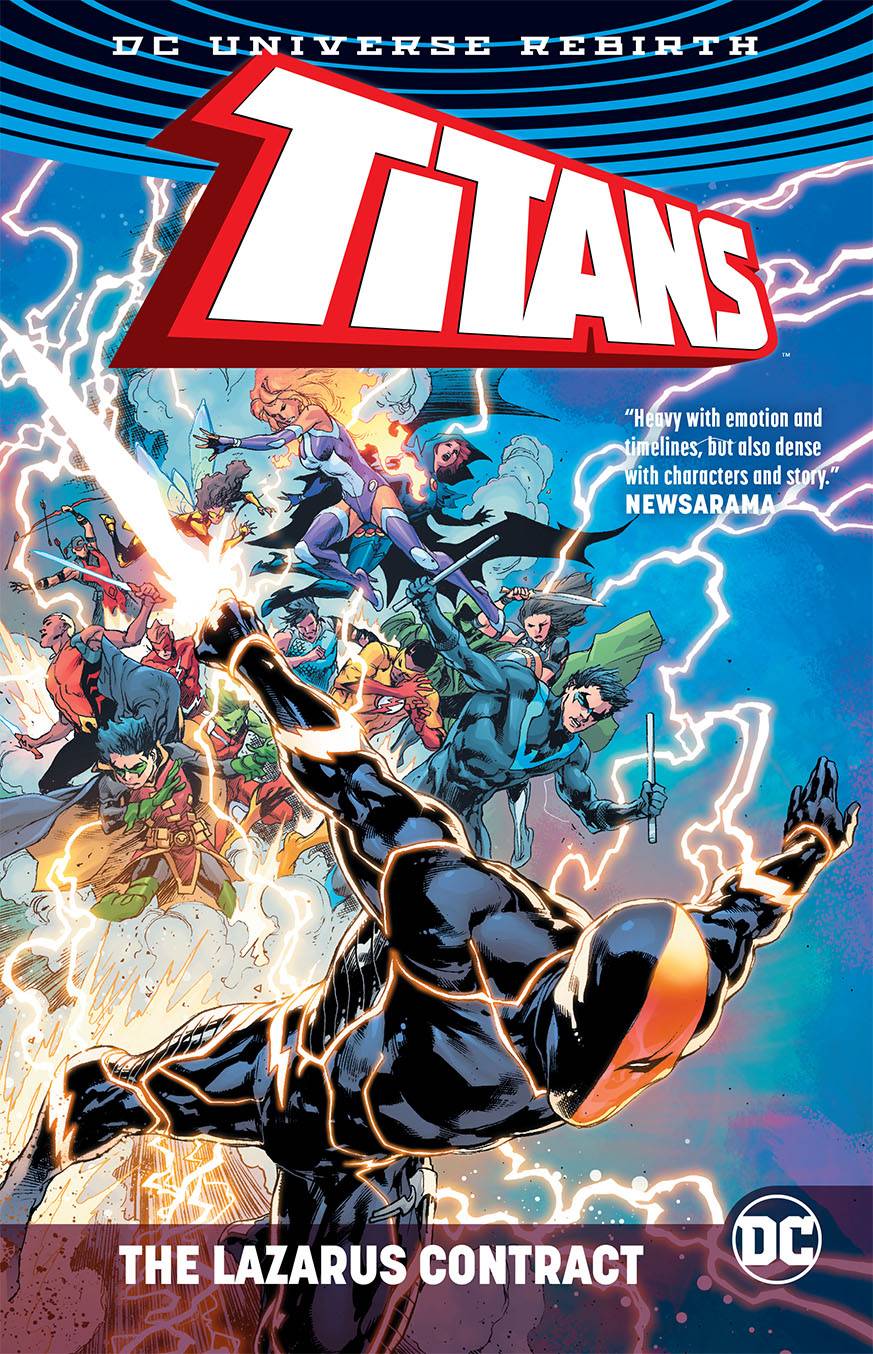 #
APR180282
(W) Dan Abnett, Ben Percy, Christopher Priest (A) Brett Booth, Norm Rapmund, Khoi Pham, Wade Von Grawbadger, Andrew Hennessy, Carlo Pagulayan, Paul Pelletier, Roberto Viacava, Jason Paz, Sean Parsons, Larry Hama, Phil Hester (CA) Ivan Reis
When Deathstroke discovers that Wally West's return holds the key to bringing his
son back from the dead, he'll stop at nothing to do just that. Standing in his way? Both the Teen Titans and the Titans! But will the Titans and the Teen Titans be fast enough to stop him from changing the world as we know it? Collects TITANS #11, TEEN TITANS #8, DEATHSTROKE #19-20 and TEEN TITANS: THE LAZARUS CONTRACT SPECIAL #1.
In Shops: Jul 18, 2018
SRP: $16.99
ORDER WISH LIST