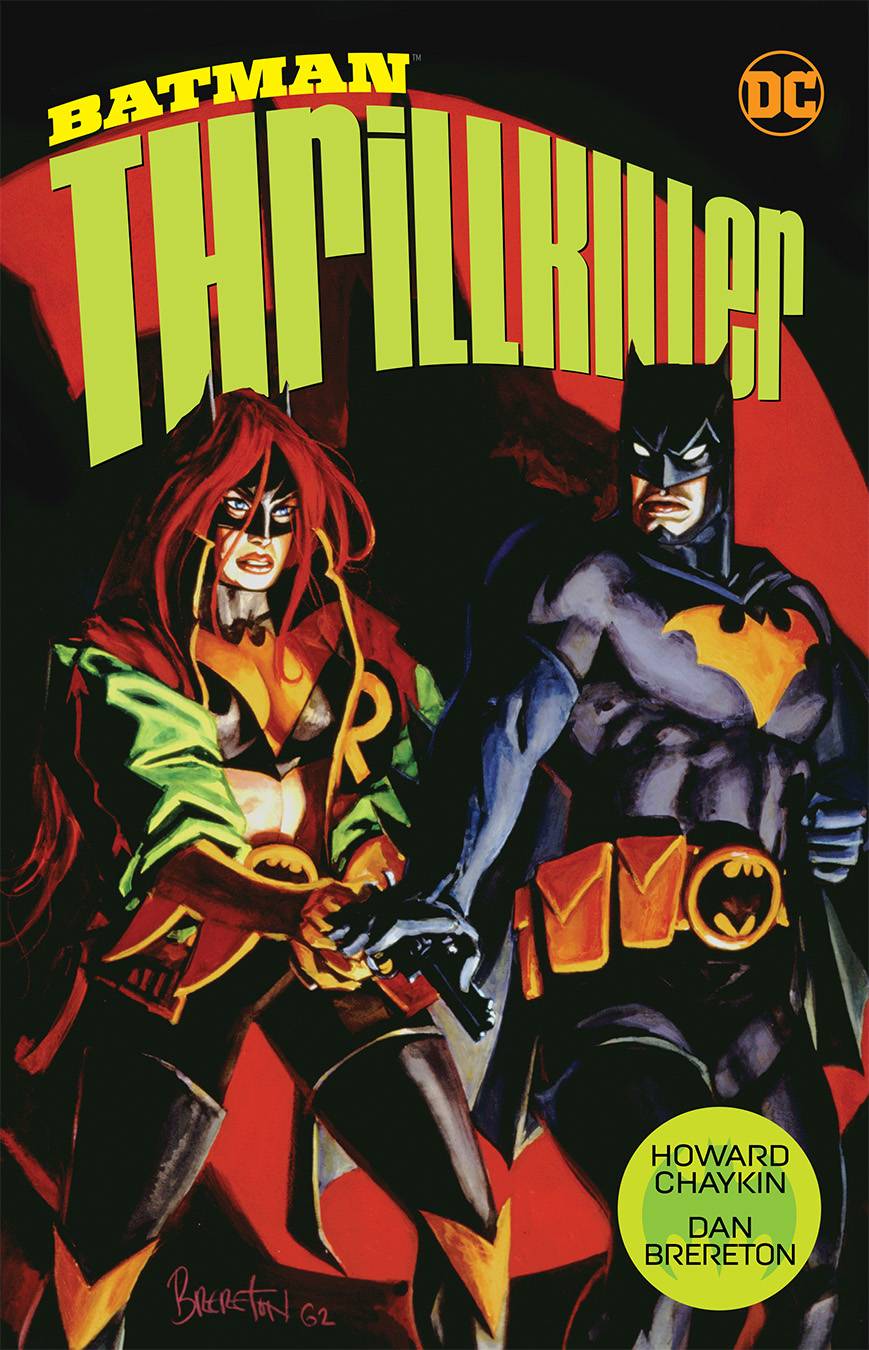 #
APR180265
(W) Howard Chaykin (A/CA) Daniel Brereton
Back in print at last! It's 1961: a world of jazz and smoky cafes, Italian suits and skinny ties, beatniks and bohemians. In Gotham City, two thrill-crazed youths calling themselves Batgirl and Robin are making headlines. But when Dick's family is murdered, mere mischief becomes serious business as Batgirl and Robin arm themselves and set out to get justice. At it's up to Detective Bruce Wayne to stop the young thrill-seekers and solve the mystery of the Grayson murders. Collects THRILLKILLER #1-3 and THRILLKILLER '62 #1. Includes a new introduction by Howard Chaykin and never-before-published art by Dan Brereton.
In Shops: Jul 04, 2018
SRP: $16.99
ORDER WISH LIST