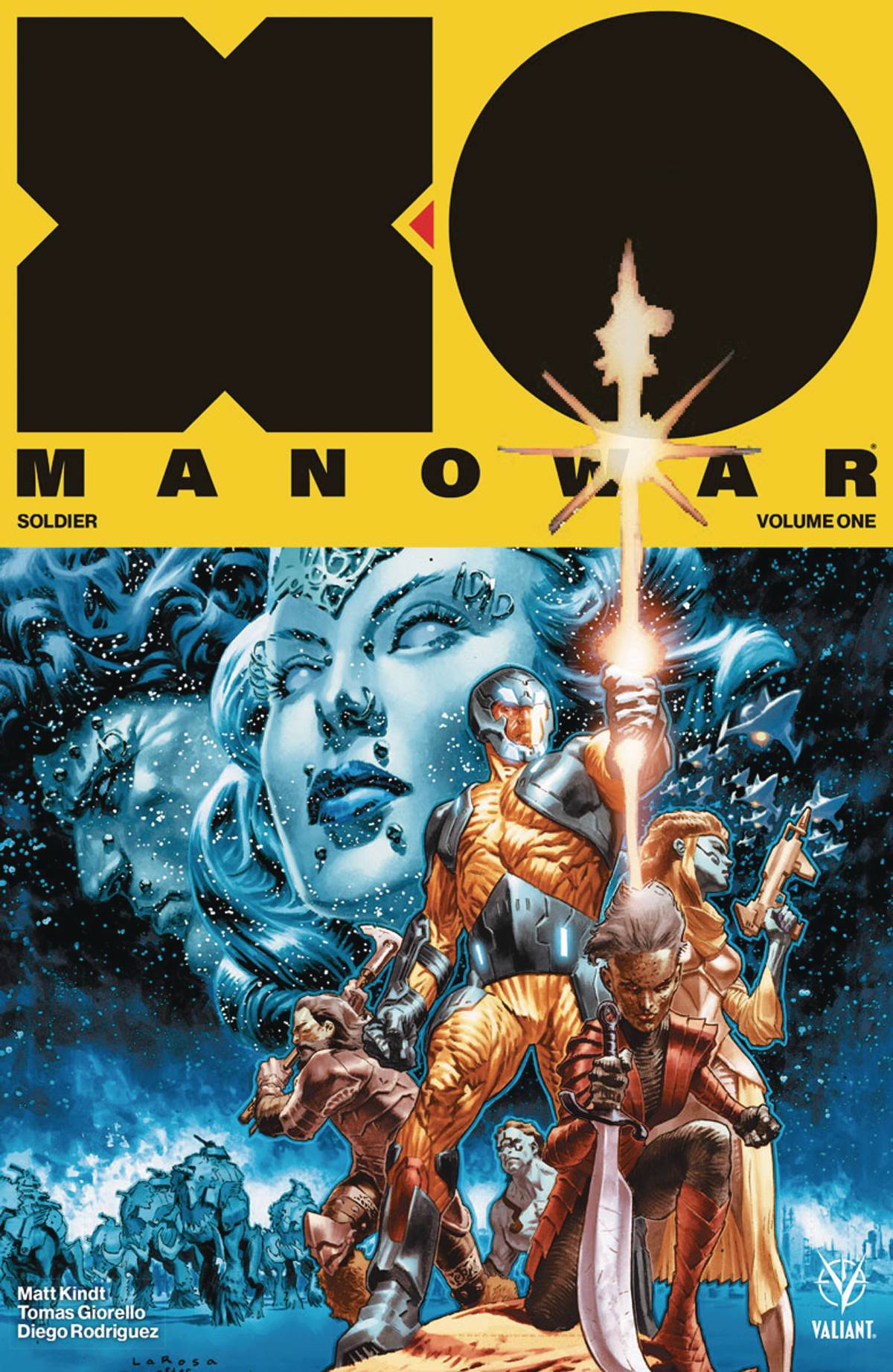 #
APR172140
(W) Matt Kindt (A) Tomas Giorello, David Mack, CAFU (CA) Lewis LaRosa
WAR IS COMING! Born under the oppressive thumb of the Roman Empire, Aric of Dacia learned warfare at an early age. It was amid such violence that he was abducted by an alien race. Forced into slavery, he survived where others perished. His escape would come from bonding with a weapon of immeasurable power: the X-O Manowar armor. With it, he returned to Earth... only to find himself stranded in the modern day. But that was a lifetime ago. Now, far from home on a strange and primitive new world, Aric has begun a new life. Liberated from his past, he tends to his crops. Free from war. Free from violence. Free from the armor. But the machinery of death marches his way once again. Conscripted into an alien army and thrown into an unforgiving conflict, the fury inside him finds voice as he is forced to embrace the armor once more. With it, he will decimate armies, topple empires and incite interplanetary warfare as he rises from SOLDIER to GENERAL to EMPEROR to VISIGOTH. They wanted a weapon. He will give them war! Join master storytellers Matt Kindt (Divinity) and Tomás Giorello (Bloodshot Reborn) right here for a stunning new beginning for Valiant's most enduring icon. Collecting X-O MANOWAR (2017) #1-3 with more than 30 pages of rarely seen artand extras!
In Shops: Jun 28, 2017
SRP: $9.99
View All Items In This Series