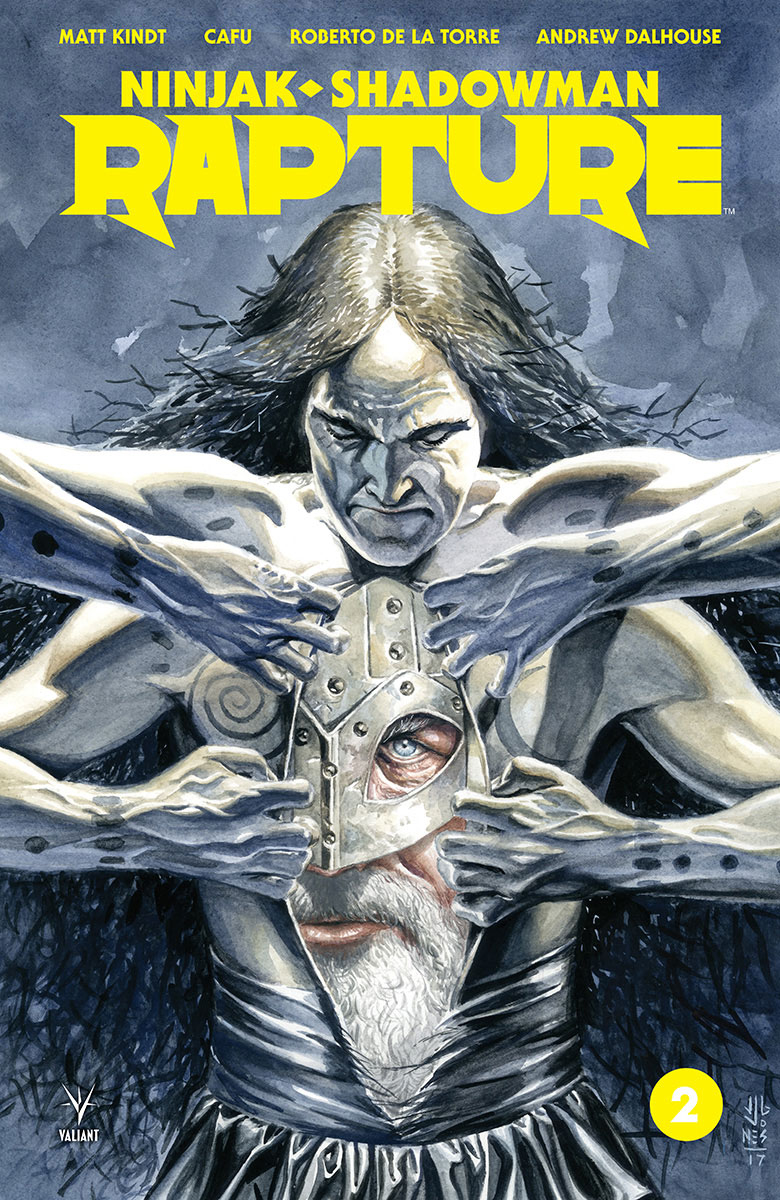 APR172120
(W) Matt Kindt (A) CAFU, Roberto De La Torre (CA) J. G. Jones
Might meets magic! As Babel's dark forces in the Deadside rise, the afterlife's last chance at survival rests in the living's greatest champions. But to save heaven itself, MI-6 agent Colin King - a.k.a. Ninjak - must confront his greatest fears...and place his trusted steel against the fantastic and unknown powers of sorcery. With Punk Mambo, Tama the Geomancer, and the fallen hero Shadowman at his side, Ninjak will lead the supernatural's greatest champions into a suicide mission against beasts and barbarians...and the very gods themselves! Valiant's epic standalone event enters is next spellbinding chapter as New York Times best-selling writer Matt Kindt (X-O Manowar) and powerhouse artist CAFU (Rai) strike at the veil between life and death!
In Shops: Jun 21, 2017
SRP: $3.99
View All Items In This Series