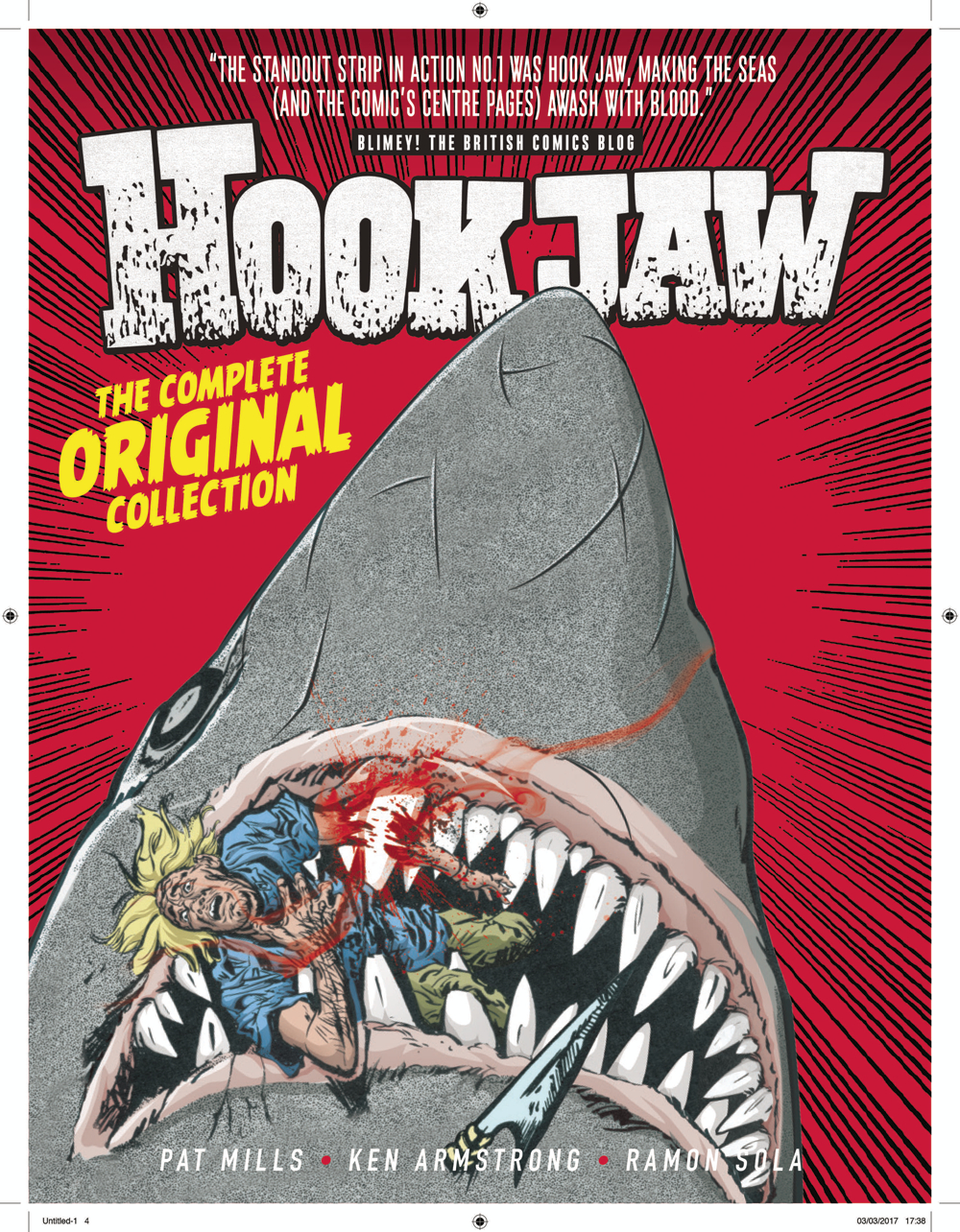 APR172051
(W) Pat Mills (A) Ramon Sola
The Hookjaw Archive collects every chapter of the the classic Great White shark comic strip Hookjaw, created by writer Pat Mills (2000AD, Slaine, ABC Warriors, Nemesis the Warlock) and featured in the classic and well-remembered 1970s boys UK anthology comic, Action. Illustrated by Ramon Sola, the iconic and controversial "sharksploitation" comic series was so loved by kids - and reviled by parents and teachers - that it was ultimately banned! Now the entire Hookjaw saga, about a massive shark who targets the corrupt and greedy, is collected in its entirety in one volume!
In Shops: Aug 30, 2017
SRP: $34.99