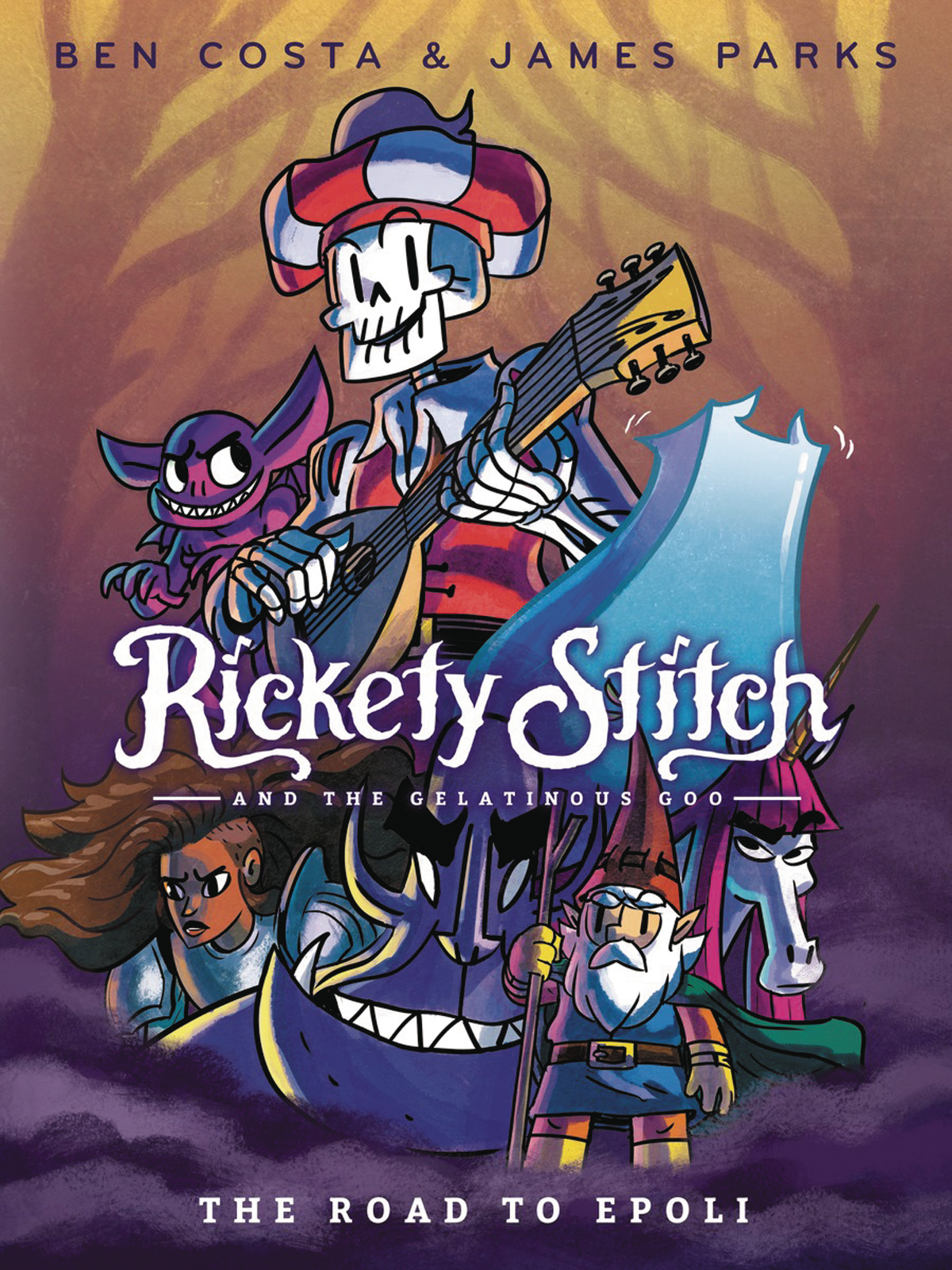 APR171828
(W) Ben Costa, James Parks (A/CA) Ben Costa
The Hobbit meets Cartoon Network's smash-hit Adventure Time in this full-color graphic novel series kickoff as a singing skeleton searches for his origins alongside his adorable gelatin monster sidekick! Rickety Stitch is a walking, talking, singing skeleton minstrel, the only animated skeleton in the dungeon who seems to have retained his soul. He has no idea who he used to be when he was covered in a living, breathing sack of meat and skin. His only clue to his former identity is a song he hears snippets of in his dreams, an epic bard's tale that could also explain the old fog covering the comical fantasy land of Eem. Oh, and his sidekick and only friend is a cube of sentient goo. In this rollicking first volume, Rickety encounters imps, gnomes, giants, unicorns, a mysterious lady knight, and other fantasy dwellers on his quest to uncover his identity and spread his (painfully bad) music far and wide. Available in softcover and hardcover editions.