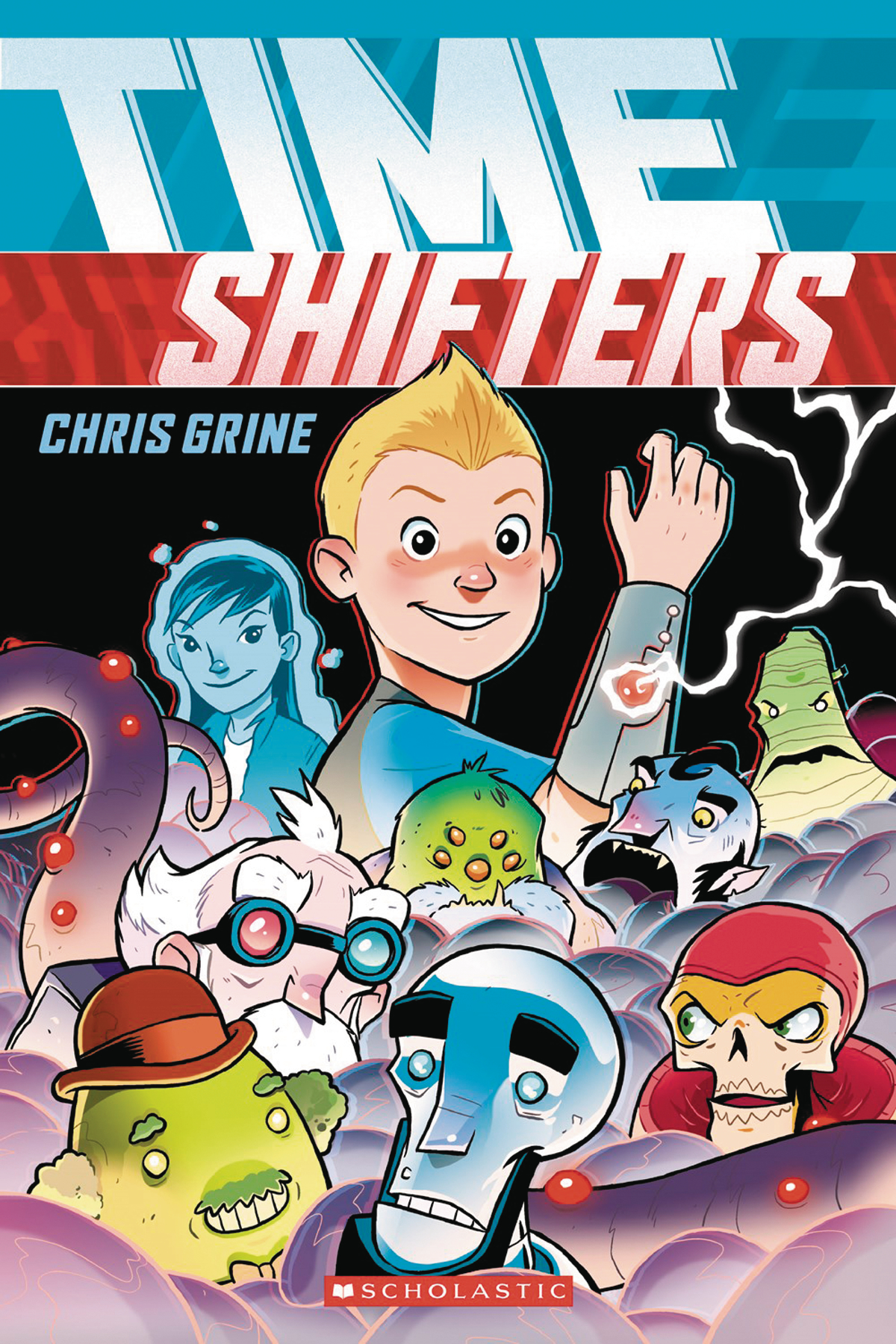 Synopsis:   Luke is a hero in any time and dimension!

When Luke investigates an eerie blue glow in the woods behind his house, he doesn't know what he'll find there. But a scientist, a robot Abraham Lincoln riding a friendly dinosaur, and a sassy ghost were the last things he could have imagined stumbling upon. Now as Luke and his new companions are pursued by a bickering trio of bumbling henchmen who are after the strange device locked to his arm, he's forced on a crazy, headlong adventure in a parallel dimension! Will he find his courage in time to save the day and get home or will he be trapped in a weird alternate reality forever?

Special Notes: Chris Grine is an artist and writer for Hallmark where he creates humorous greeting cards. Chickenhare was nominated for an Eisner Award for best publication for a younger audience in 2007.
In Shops: Jun 07, 2017
SRP: $24.99
ORDER WISH LIST