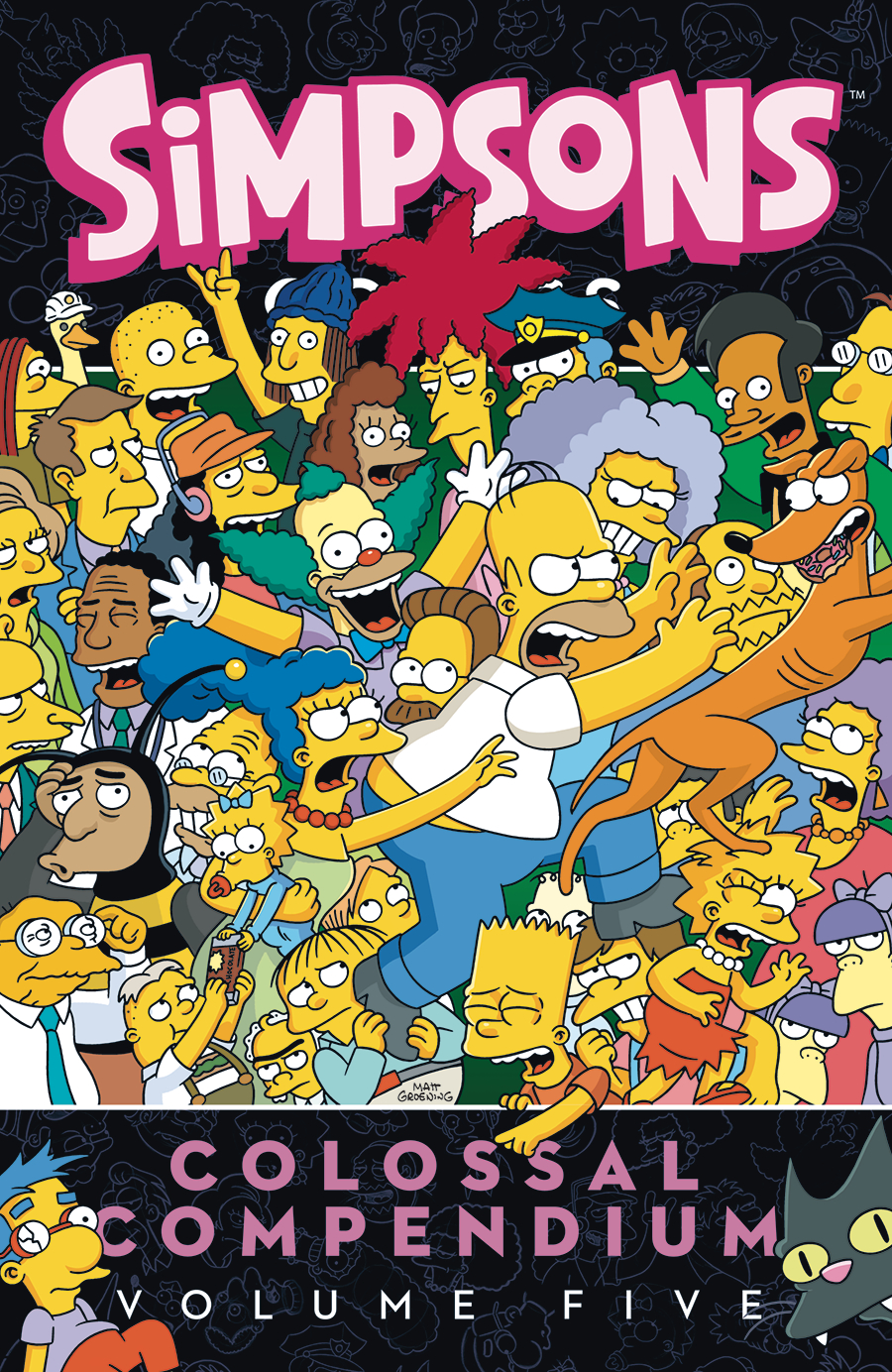 APR171378
(W) Matt Groening
Bart starts his own humor magazine, and it isn't long before Springfield's resident funnyman Krusty the Clown wants in on the business. Then, donut-lovers Homer Simpson and Chief Clancy Wiggum take over each other's deliciously do-nothing jobs. And speaking of switcheroos, Bart boards the wrong airplane and finds himself mistaken for local Springshire lad... Brit Simpson. And when Ned Flanders opens his own friendly tavern, Homer finds himself torn between two bartenders, the ever-surly Moe or everyone's favorite neighborino. Throw in an alien abduction, some home disrepair, a pseudo-scientific trip to an alternate reality, a ghostly superhero pairing, and a rescue mission beneath the nuclear power plant, and you have the most colossal compendium yet!
In Shops: Jun 07, 2017
SRP: $17.99
View All Items In This Series
ORDER WISH LIST