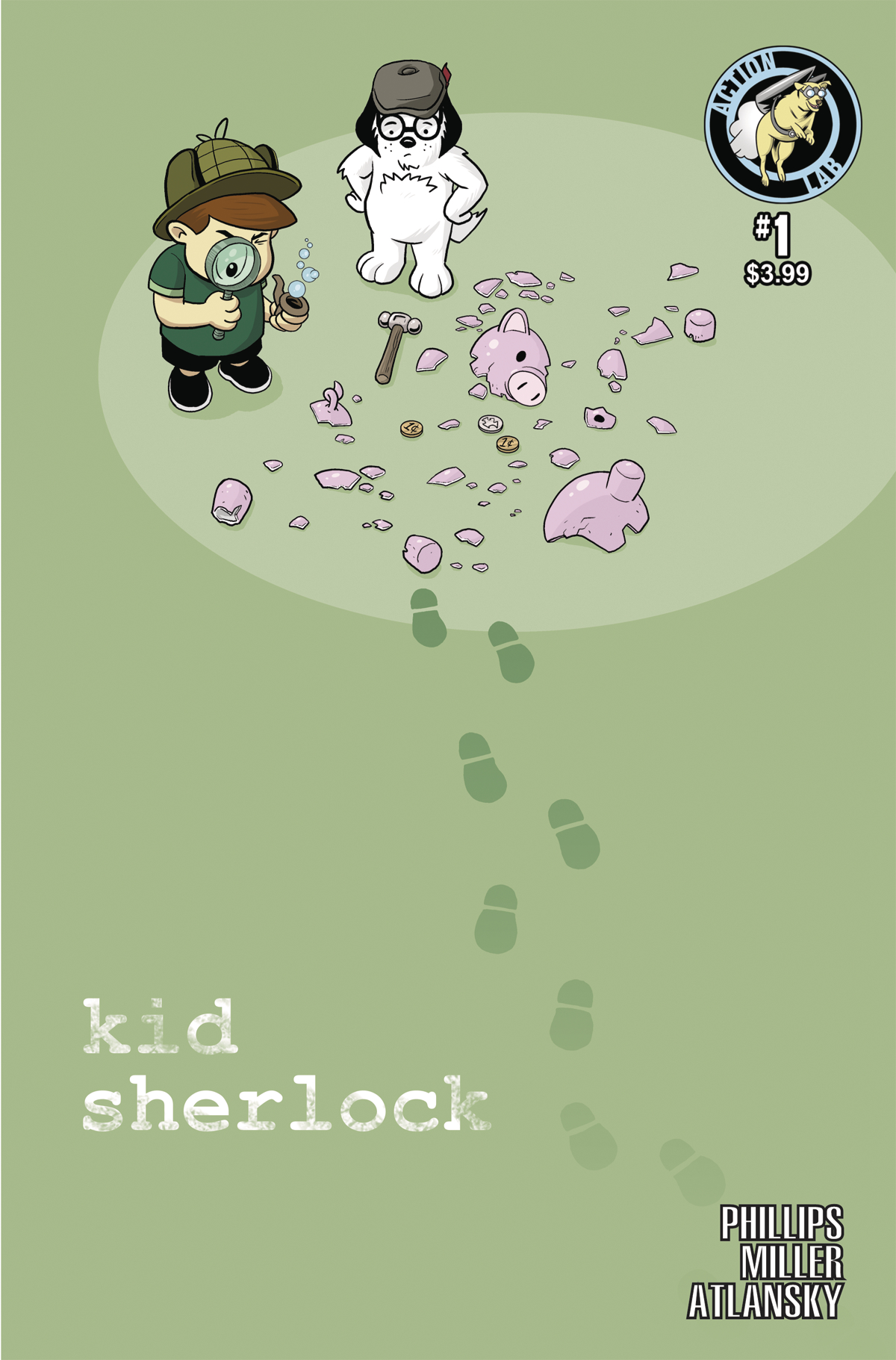 APR171185
(W) Justin Phillips (A) Sean Miller (CA) Dennis Culver
John Watson doesn't feel like he really fits in as the new student at Baker Elementary. If if wasn't bad enough being the only dog, it seems he has already gained the attention of the class bully, Kyle. Out in the play yard, Watson feels even more alone until he meets a young boy named Sherlock Holmes. While quite clever, Sherlock is often so lost in his own thoughts that he is oblivious to the people around him. However, when Watson shows an interest in Sherlock's work it sparks the beginning of an adventure Sherlock never expected, friendship. Their first mission, identify the bad smell that has been afflicting their classroom.
In Shops: Jun 14, 2017
SRP: $3.99
View All Items In This Series
ORDER WISH LIST