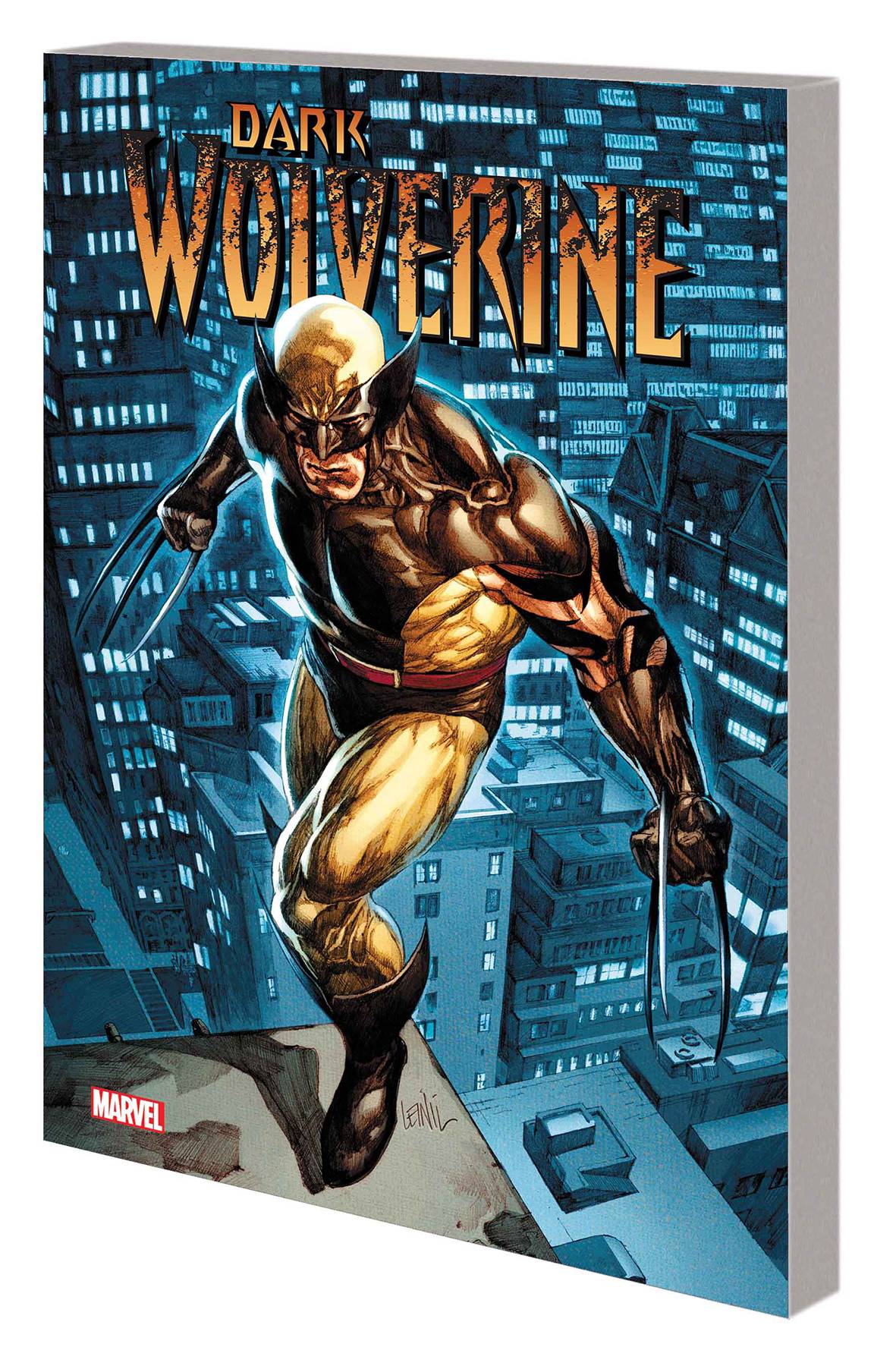 #
APR171165
(W) Daniel Way, Marjorie M. Liu, Rick Remender (A) Giuseppe Camuncoli, Stephen Segovia, Paco Diaz, Mirco Pierfederici, John Romita, Will Conrad, Tony Moore (CA) Leinil Francis Yu
During Norman Osborn's Dark Reign, Wolverine's son is an Avenger! And that means Daken's supposed to be one of the good guys - in public, anyway. But when a tape revealing his true colors is leaked onto the Internet, he'll be forced to clean up his act! But who is pulling Osborn's strings? Then, Daken will face a bloody reckoning with his father Logan and father figure Romulus - and begin a violent rivalry with the Punisher! Osborn sends Daken to put down the skull-chested vigilante once and for all - but when that doesn't quite work out, Daken will battle the reanimated Franken-Castle! And when the Dark Reign ends in a climactic Siege of Asgard, will Daken be hero or villain? Collecting DARK WOLVERINE #75-89, DARK REIGN: THE LIST - PUNISHER, WOLVERINE: ORIGINS #47-48, FRANKEN-CASTLE #19-20 and DARK WOLVERINE SAGA.
Parental Advisory
In Shops: Jul 12, 2017
SRP: $39.99
View All Items In This Series