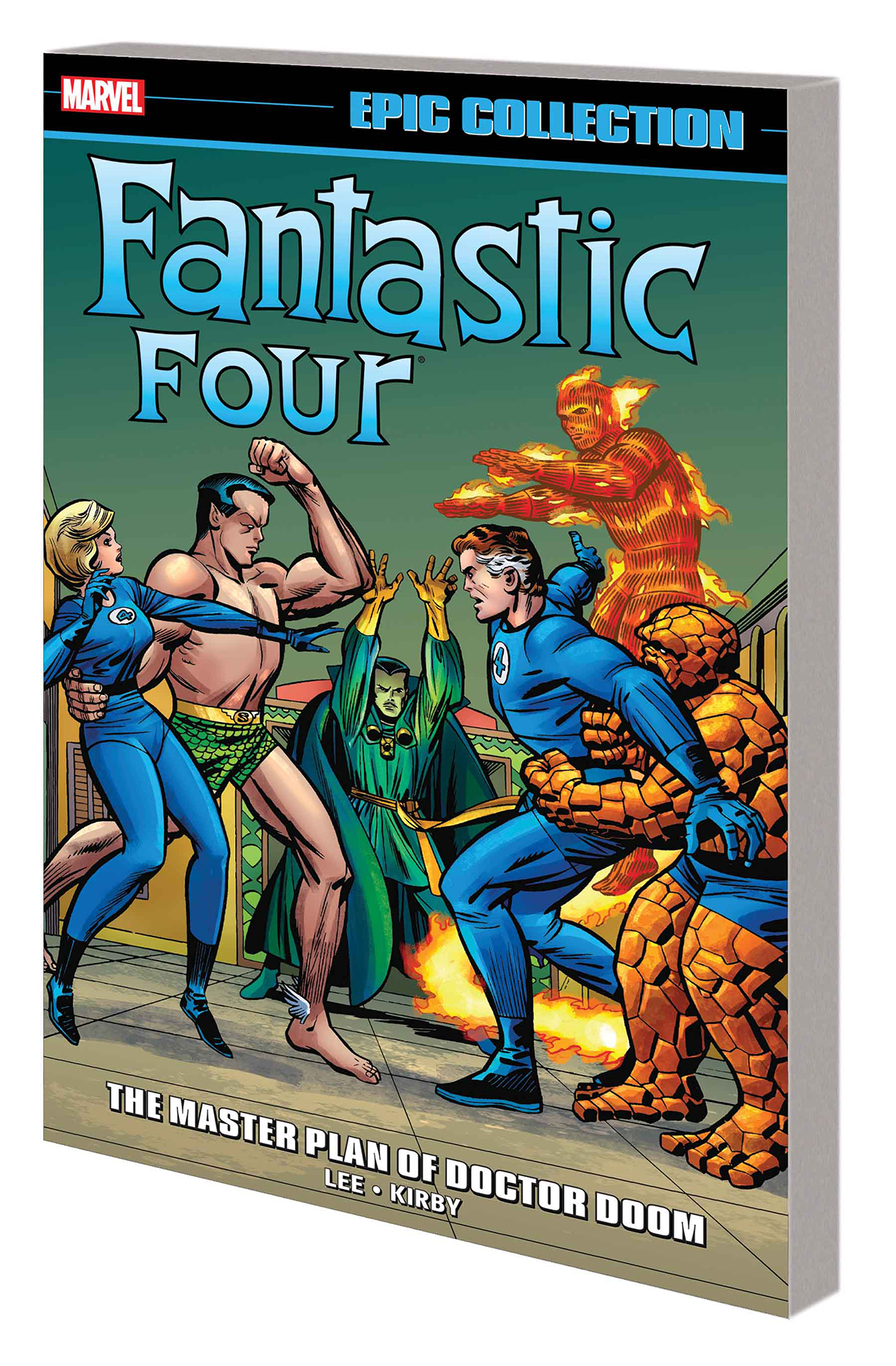 APR171164
(W) Stan Lee (A/CA) Jack Kirby
Lee and Kirby set the standard for out-of-this-world, imaginative adventure and launched the Marvel Universe in the pages of FANTASTIC FOUR. Now, with all the MU's super-hero players in place, it's time for the FF to run the gauntlet. The Thing throws down with the Hulk in a battle so huge it takes the combined might of the FF and the Avengers to stop it! The Sub-Mariner makes a play for Sue Storm! The FF tangle with the X-Men! Nick Fury drops by in the story that set the table for "Agent of S.H.I.E.L.D."! And even Doctor Strange makes an ever-so-astral appearance! Plus: Two jam-packed Annuals featuring Sub-Mariner's invasion of New York...and the origin of Doctor Doom! Collecting FANTASTIC FOUR (1961) #19-32 and ANNUAL #1-2.
Rated T
In Shops: Jun 28, 2017
SRP: $39.99