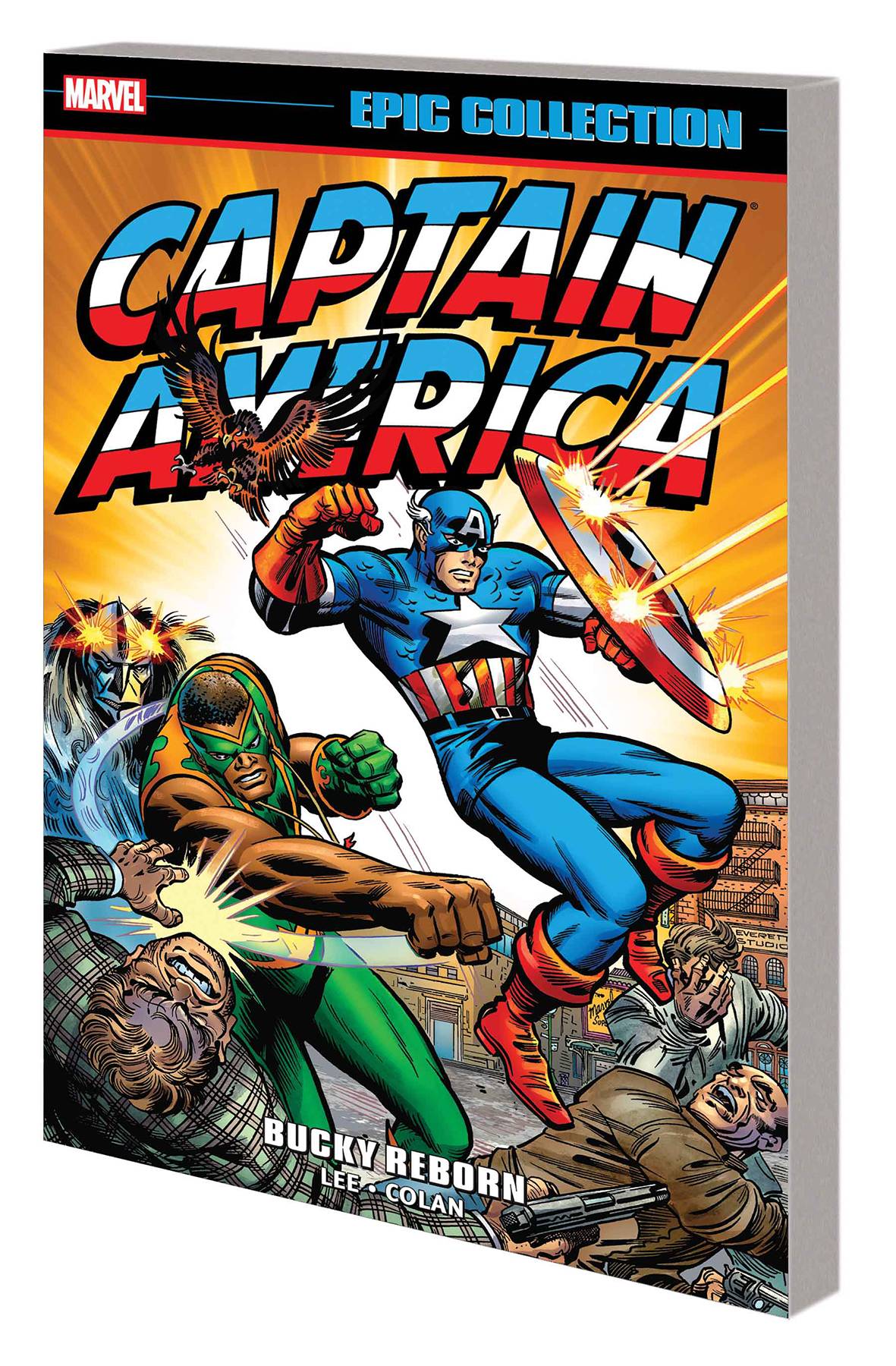 #
APR171163
(W) Stan Lee (A) Gene Colan, John Romita (CA) Jack Kirby
Draped in the red, white and blue, there's no character in all of comics who represents America like Cap - and his path through the tumultuous '70s reveals both the character's, and the nation's, soul. Stan Lee and Gene Colan push the envelope in story after story as Cap goes behind enemy lines in Vietnam; teams with the Falcon to oppose the radical Diamond Heads; and sets out on a coast-to-coast road trip full of motorcycle gangs, rock festivals and the Red Skull! Then, Bucky Barnes returns from the grave! But with Baron Strucker, Doctor Doom and M.O.D.O.K. tied up in his revival, this can't be the same pal that Cap remembers. What's really going on here? Plus: An unforgettable Captain America/Falcon/Spider-Man team-up! Collecting CAPTAIN AMERICA (1968) #120-138.
Rated T
In Shops: Jul 05, 2017
SRP: $39.99
ORDER WISH LIST