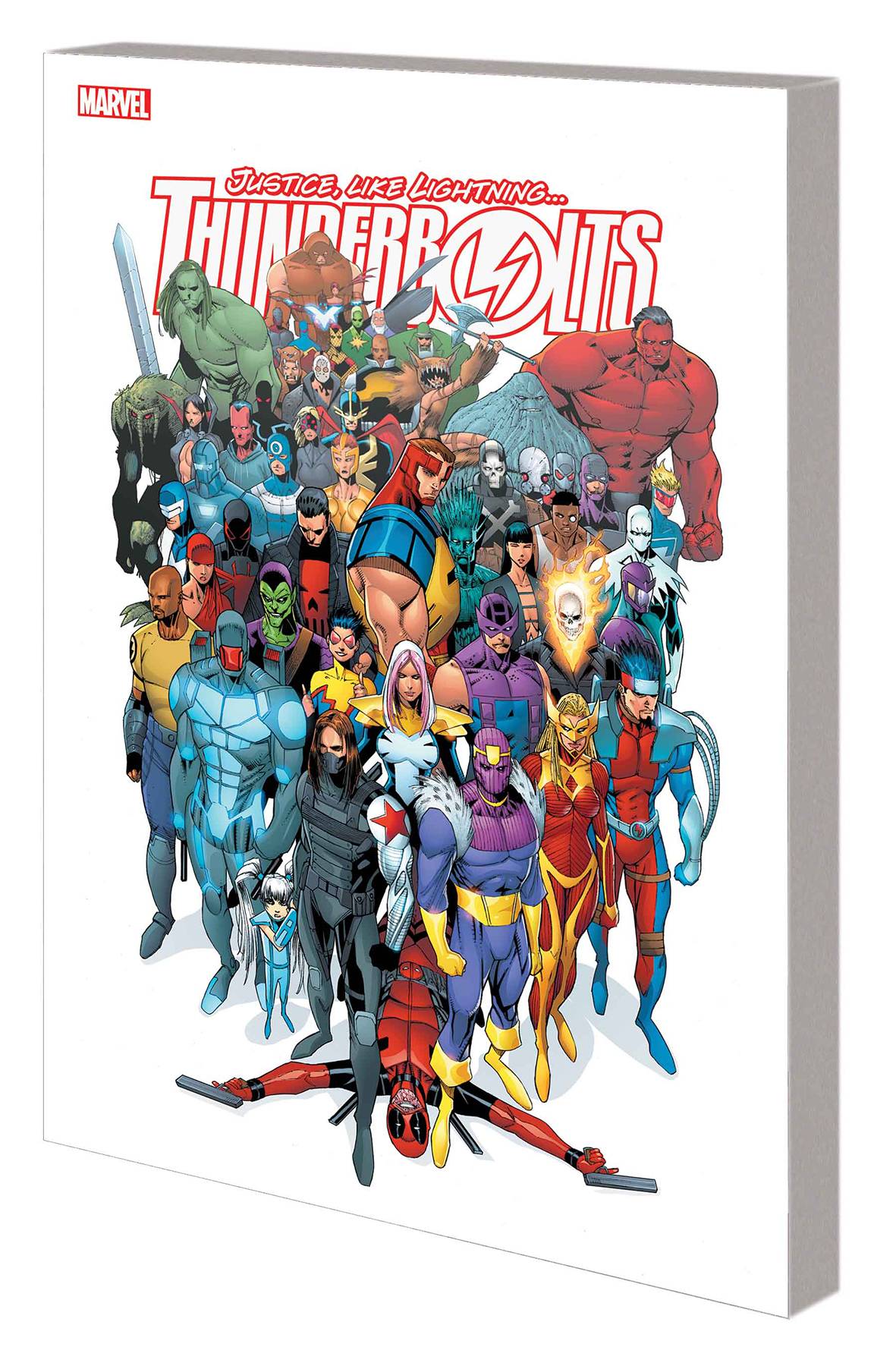 #
APR171157
(W) Jim Zub, Kurt Busiek (A) Sean Izaakse, Mark Bagley (A/CA) Jon Malin
If you operate in the shadows long enough, someone is going to shine a light on you. But Bucky Barnes didn't think that person would be his best friend, Steve Rogers! Steve wants to know where Bucky's loyalties lie. The thing is, Steve has secrets of his own. And when an original Thunderbolt returns, how will Songbird react to the reunion of her former team? Together, they all used to be the Masters of Evil - and if Baron Zemo has his way, their villainous legacy will be reclaimed with the infinite power of a Cosmic Cube! Past and present collide as Bucky confronts the truth about Captain America and the destructive path that led to him becoming the Winter Soldier! Plus: A 20th-anniversary-celebration tale by Thunderbolts co-creators Kurt Busiek and Mark Bagley! Collecting THUNDERBOLTS (2016) #7-12.
Rated T+
In Shops: Jun 28, 2017
SRP: $17.99
View All Items In This Series