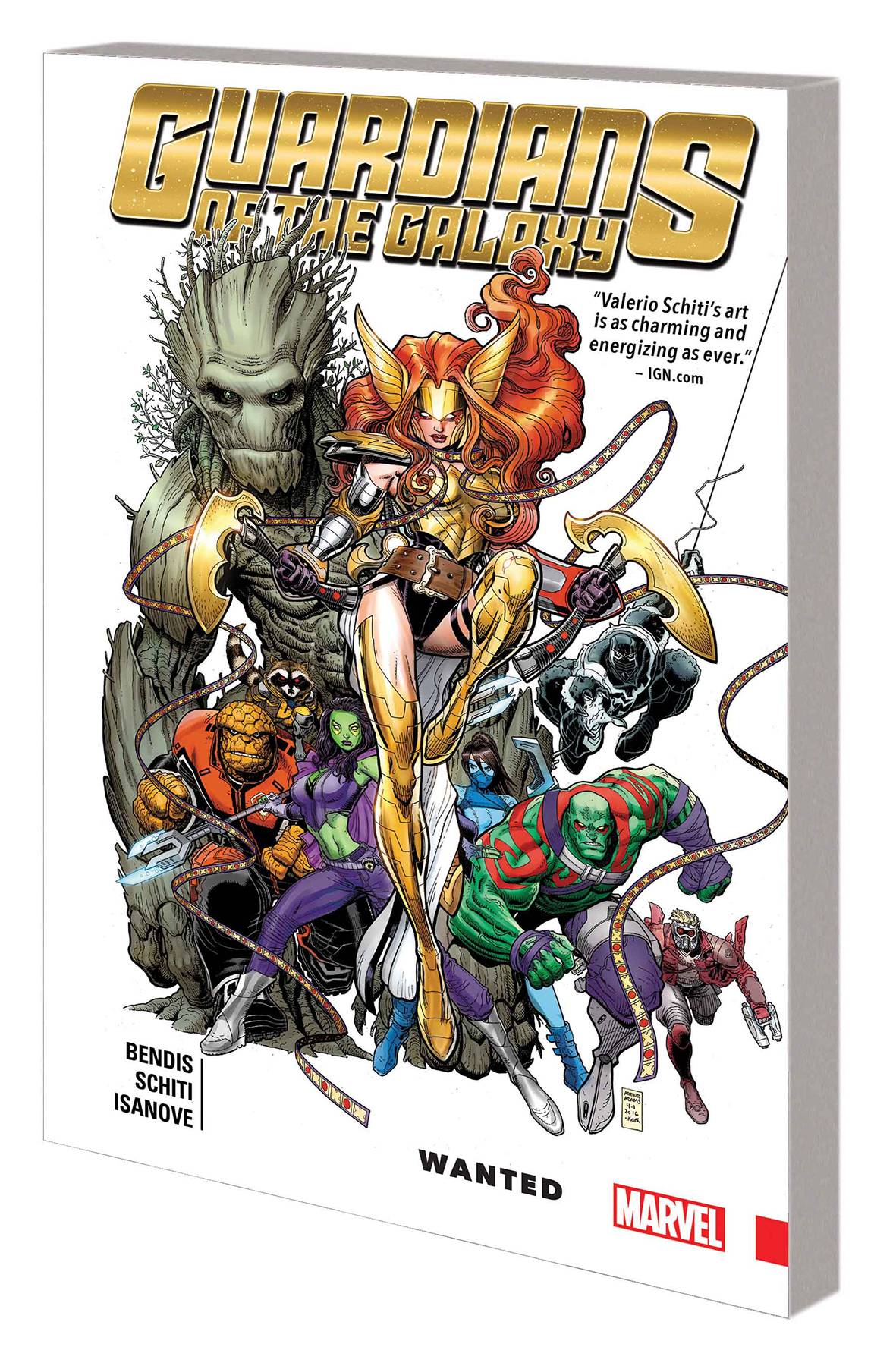 #
APR171154
(W) Brian Michael Bendis (A) Valerio Schiti (CA) Arthur Adams
Peter Quill, a.k.a. Star-Lord, returns to the fold! But what does that mean for Kitty Pryde, a.k.a. Star-Lord? Is the Marvel Universe big enough for two Star-Lords? Find out as the Guardians face a new Galactic order! The Thing might miss some aspects of Earth, but he does admit space has its perks. Like riding alien horses into action as Ben Grimm: Space Barbarian! Venom and Groot get in way over their heads fighting Skrulls - and everyone knows that when Bendis writes Skrulls, it's bad news! The galaxy's two deadliest warriors, Gamora and Drax, take the fight to the Badoon! And Angela makes her dramatic return! They're the galaxy's most wanted, but they'll still guard it all the same! Collecting GUARDIANS OF THE GALAXY (2015) #6-10.
Rated T
In Shops: Jul 12, 2017
SRP: $19.99
View All Items In This Series