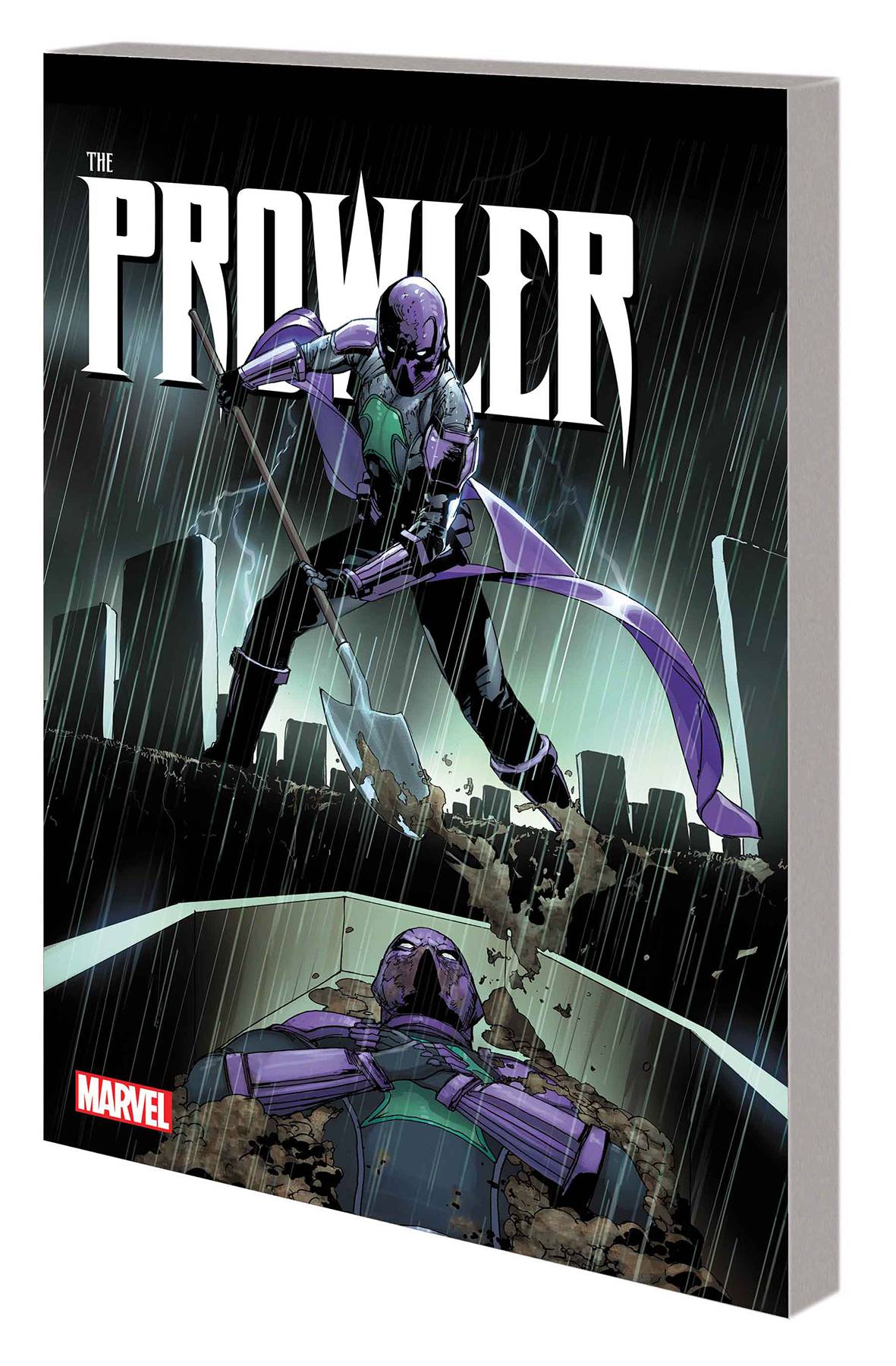 #
APR171151
(W) Sean Ryan (A) Javier Saltares, Jamal Campbell (CA) Travel Foreman
Even a super hero's life can get boring. Double-check your gear. Patrol the city. Save the innocent. Report back to your boss, the Jackal. Wait - what? Why is Prowler working for the Jackal, and not Spider-Man? Hobie Brown, a.k.a. the Prowler, may believe in what his new boss is doing, but that doesn't mean it's easy. As his assignments get more dangerous, Hobie will be forced to wrestle not only with the meaning of his existence, but also the underground army of unruly super villains the Jackal has resurrected! And when the whole operation begins to crumble, some of those deadly foes may be out to settle some scores! If Hobie makes it out the other side of THE CLONE CONSPIRACY, what life will be left for him? Collecting PROWLER (2016) #1-6.
Rated T+
In Shops: Jun 28, 2017
SRP: $17.99
View All Items In This Series