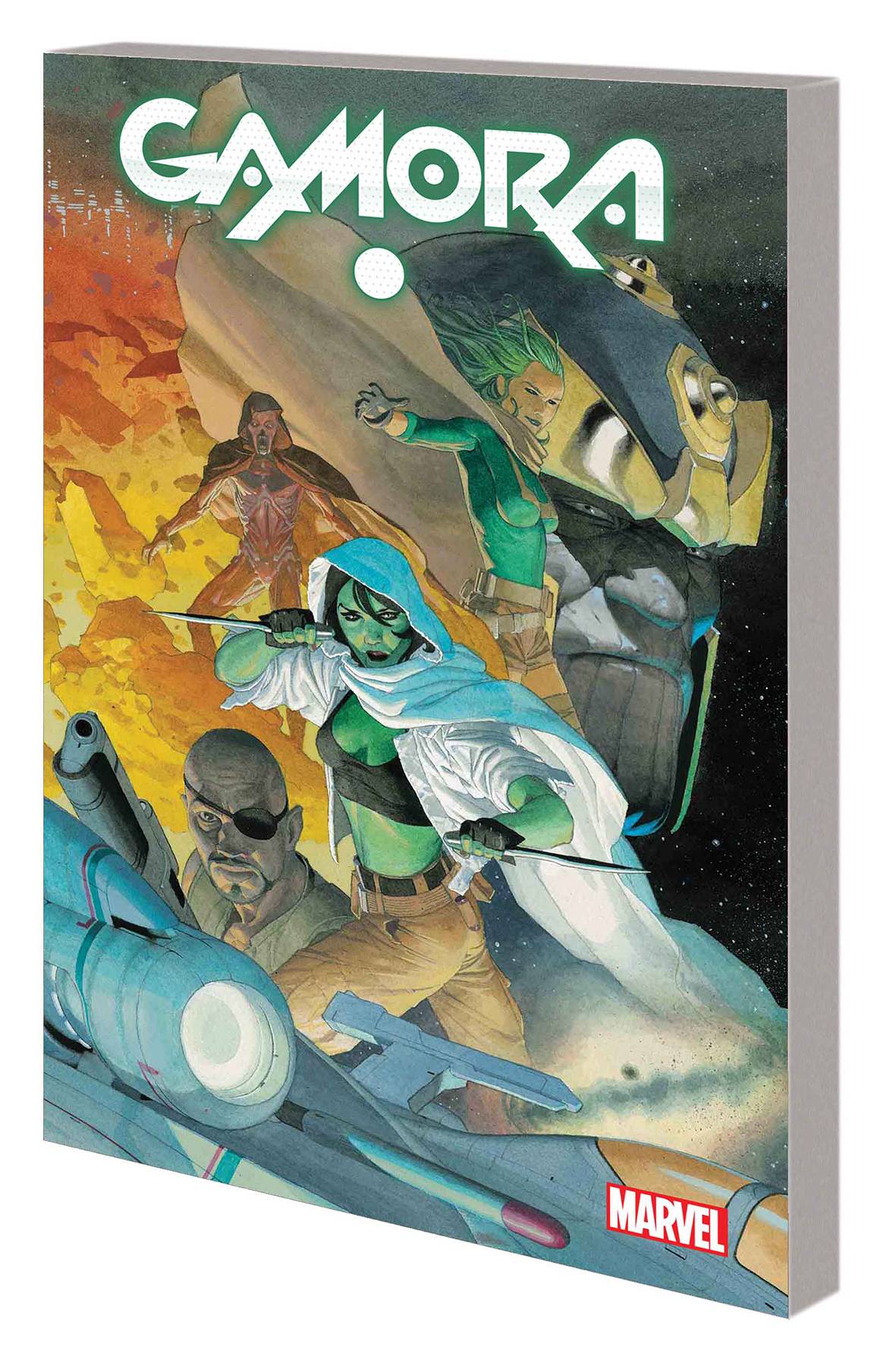 #
APR171149
(W) Nicole Perlman (A) Marco Checchetto (CA) Esad Ribic
From Nicole Perlman - co-screenwriter of Marvel Studios' Guardians of the Galaxy - and superstar artist Marco Checchetto comes a killer new adventure! Once upon a time, Gamora was Thanos' heartless pet assassin and favorite adopted daughter. Today, she is the backbone of the Guardians of the Galaxy, putting her life on the line to defend the innocent throughout the universe. What was it that transformed her from being a tool of her oppressor to a champion of the powerless? Embark with Gamora on a journey of revenge and redemption - one that will take her to the doomed planet of Ubliex - and see her battle the Badoon as a world crumbles around her! Witness firsthand how Gamora became the deadliest woman in the galaxy! Collecting GAMORA #1-5.
Rated T+
In Shops: Jul 05, 2017
SRP: $15.99
View All Items In This Series
ORDER WISH LIST