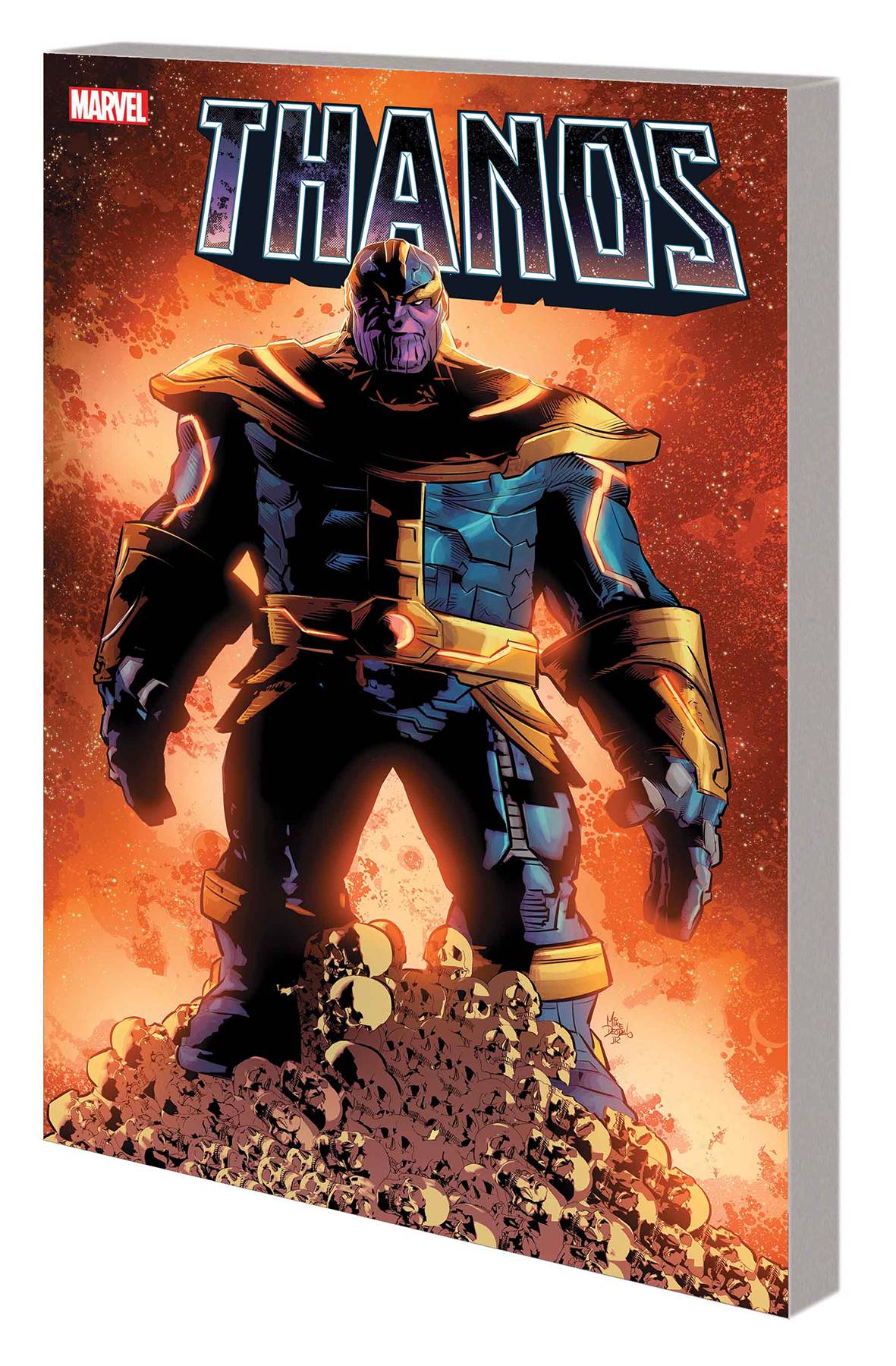 #
APR171148
(W) Jeff Lemire (A/CA) Mike Deodato
Thanos, possibly the most diabolical individual in the Marvel Universe, is back - and he's out for vengeance on all who would oppose him! Unfortunately for the Mad Titan, he's also heading for an unexpected reckoning - with his family. Take an ongoing walk on the dark side of the galaxy, and follow the deadly trail of destruction left in Thanos' wake! He is pure evil. He is unstoppable. And it's time for someone - anyone - to take him down. Will it be the Shi'ar Imperial Guard? That's the entire Imperial Guard. Time to call in the reinforcements! Meanwhile, Thanos' son Thane is out there, making plans. When Thanos murdered all his other offspring, only Thane was spared - but it wasn't out of love. And when the father/son reunion happens, it won't be a happy one. Collecting THANOS (2016) #1-6.
Parental Advisory
In Shops: Jun 28, 2017
SRP: $17.99
View All Items In This Series