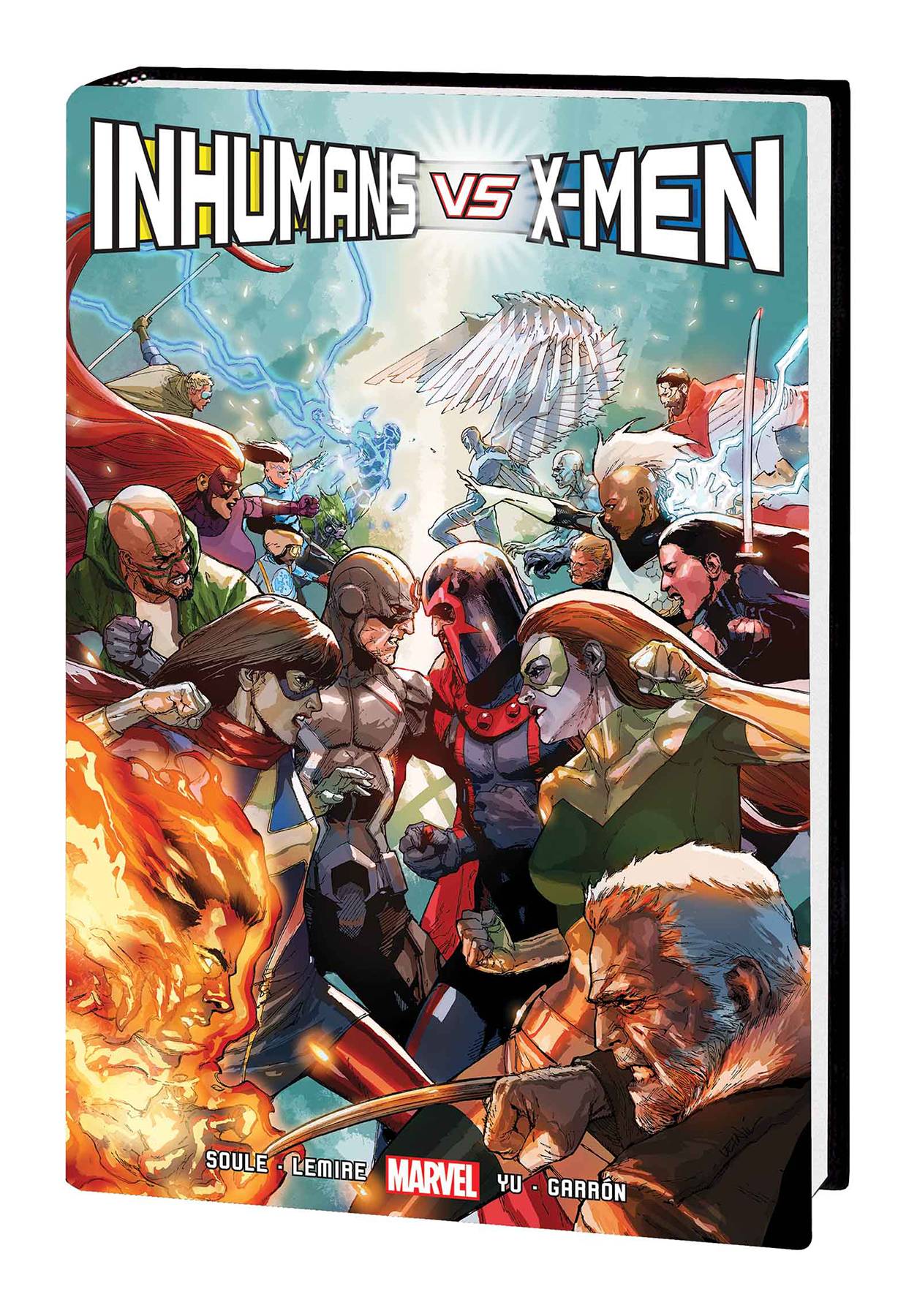 #
APR171137
(W) Charles Soule, Jeff Lemire (A) Various (CA) Leinil Francis Yu
The X-Men and Inhumans have been on a collision course ever since the link was proven between the Inhumans' precious Terrigen Mist and the sickness and death of many mutants. And when the Beast discovers that mutants have only two weeks left before Earth becomes uninhabitable for them, an Inhuman/mutant war is unavoidable! It all begins with one choice, and the world will never be the same! As New Attilan comes under attack, the Inhumans won't surrender without a fight - but when the X-Men target the Terrigen cloud, will that mean the end of the line for the entire Inhuman legacy? Karnak vs. Fantomex! Emma Frost vs. Medusa! The NuHumans vs. Magneto! IVX delivers sensational set pieces and gargantuan grudge matches that promise to shatter the Marvel Universe as you know it! Collecting INHUMANS VS. X-MEN #0-6.
Rated T+
In Shops: Jul 05, 2017
SRP: $50.00
ORDER WISH LIST