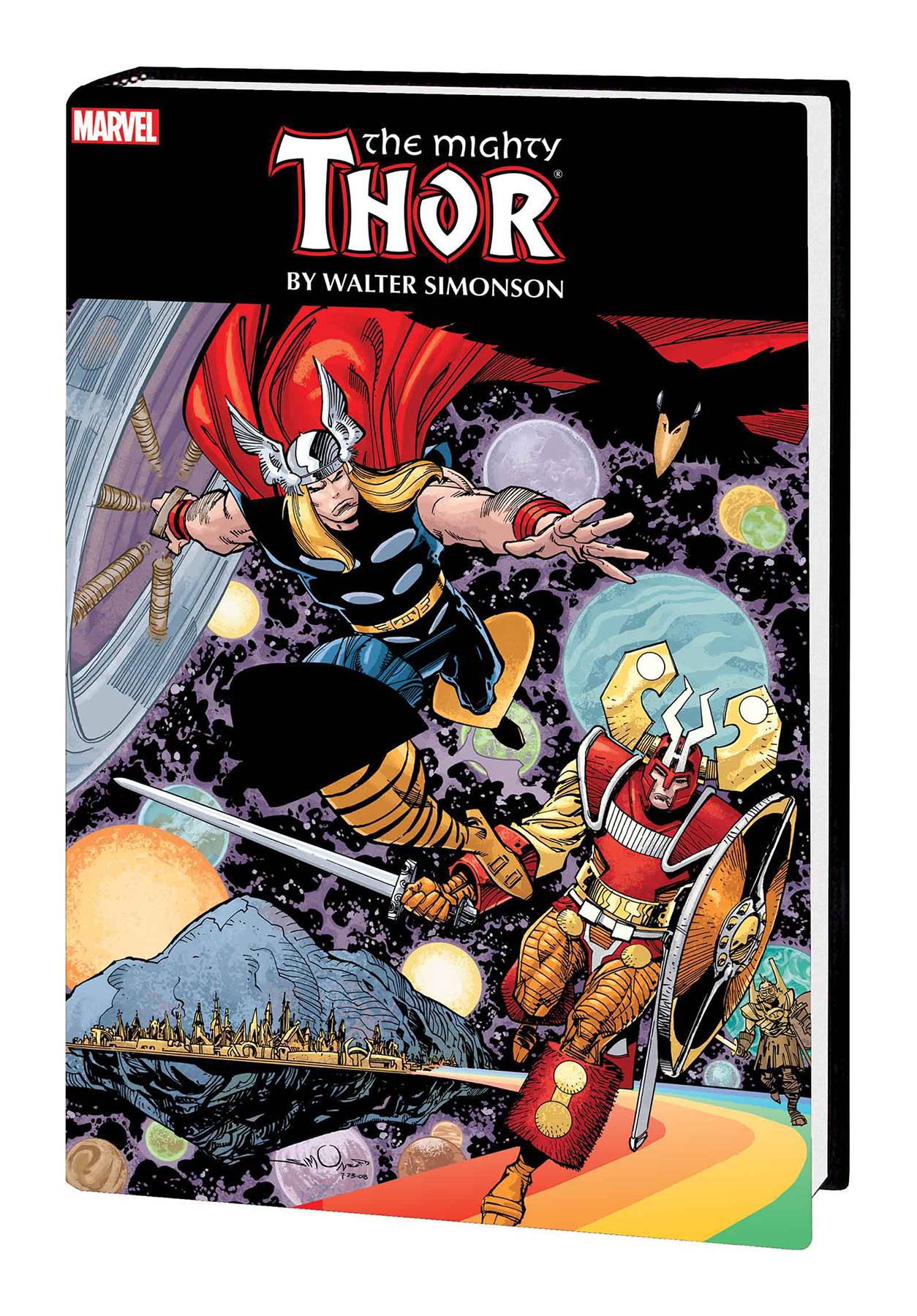 #
APR171129
(W) Walter Simonson (A) Sal Buscema (A/CA) Walter Simonson
Considered by many to be the greatest run on THOR ever, Walter Simonson's classic tales of the God of Thunder are collected here - completely remastered from the original artwork and stunningly recolored by Steve Oliff! And there are too many timeless tales to count: the Casket of Ancient Winters! The death of Odin! The origins of Asgard! The sacrifice of the Executioner! Thor as a frog! The Mutant Massacre! The curse of Hela! The debut of Thor's body armor! Guest-starring Beta Ray Bill, Nick Fury and the Avengers! Featuring the threats of Fafnir the dragon, Loki, Lorelei, Malekith the Dark Elf, Surtur, Hela, the Titanium Man, Kurse, Zaniac, the Marauders, the Absorbing Man, Fin Fang Foom, the Destroyer and the Midgard Serpent! Plus: Balder the Brave battles alone!
Collecting THOR (1966) #337-355, #357-369 and #371-382; and BALDER THE BRAVE #1-4.
Rated T
In Shops: Oct 04, 2017
SRP: $125.00
ORDER WISH LIST