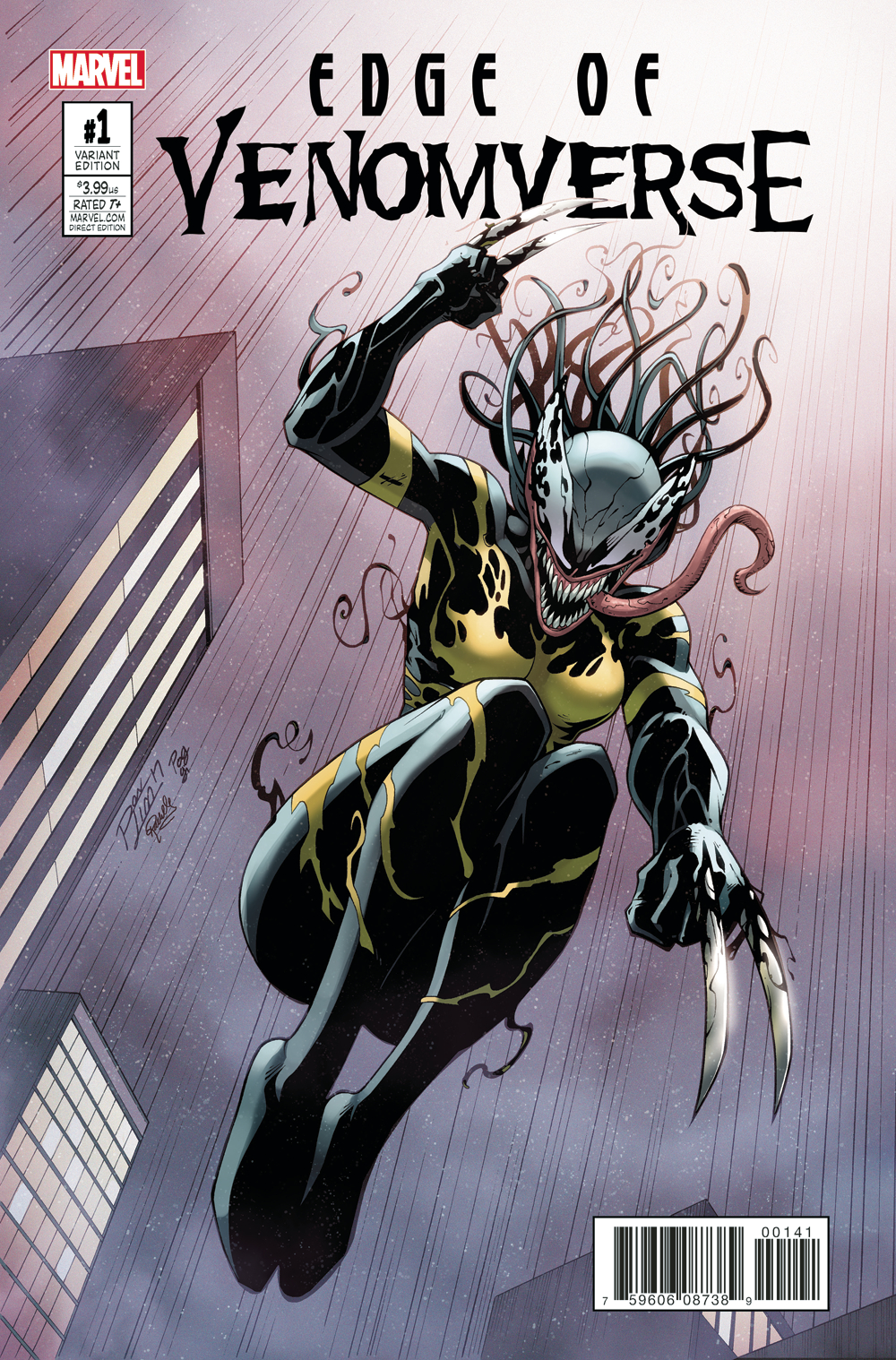 APR170963
(W) Matthew Rosenberg (A) Roland Boschi (CA) Ron Lim
EDGE of VENOM-VERSE starts here!
The series that sets up the epic VENOM EVENT of 2017 STARTS HERE! Each issue introduces another major Venomized character that will feed into VENOMVERSE itself! THIS ISSUE, the young mutant clone designated X-23 collides with a cryogenic tube containing a strange alien symbiote during her frenzied escape from The Facility, . Bonding with the alien enhances her already considerable abilities, and aids in her escape, but it begins to alter her mind! On the run from the very people that made her, can X-23 hold it together or is she doomed to give in to Venom!
Rated T
In Shops: Jun 28, 2017
SRP: $3.99
View All Items In This Series