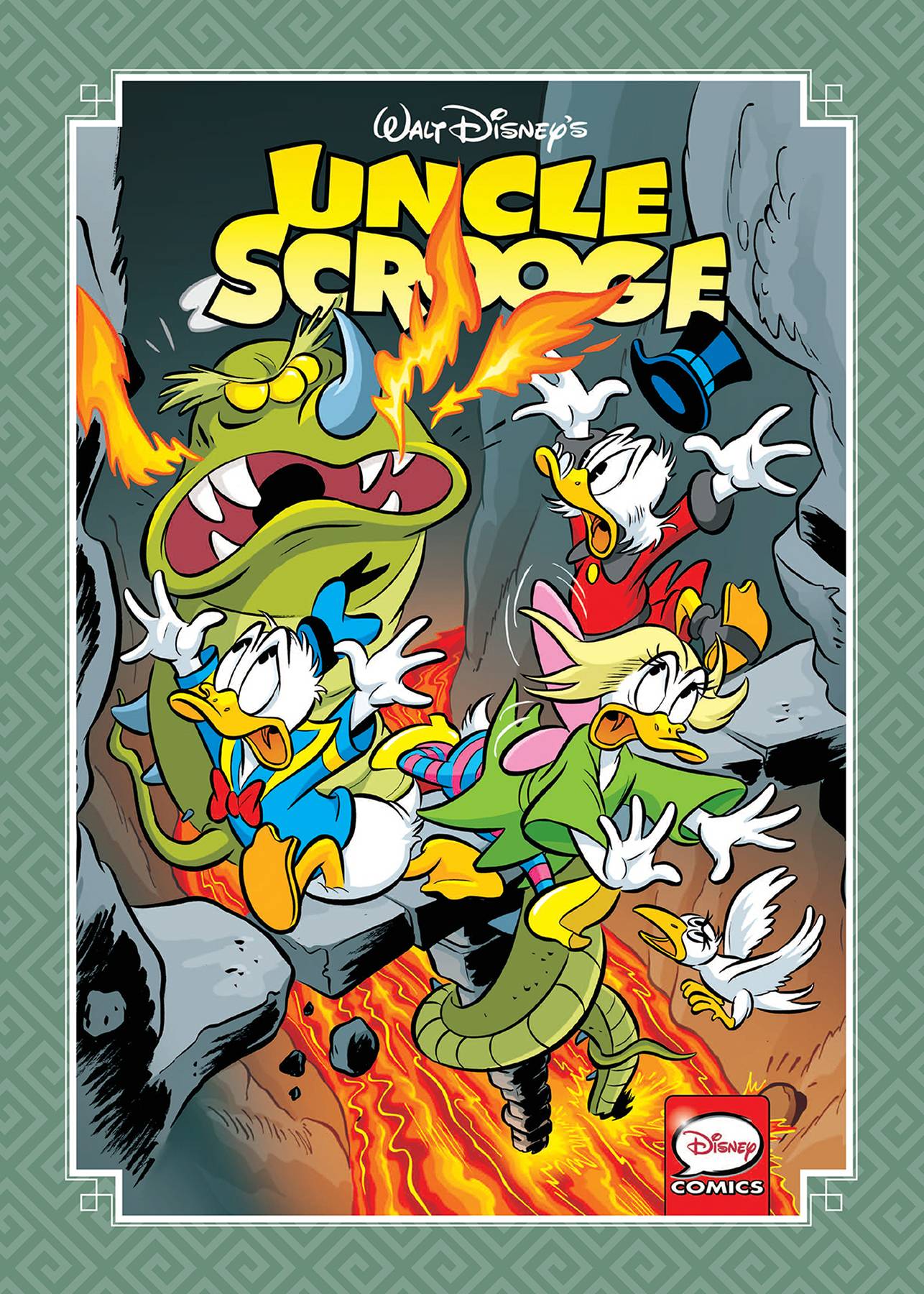 #
APR170516
(W) Francesco Artibani, Alessandro Perina, William Van Horn, Daan Jippes, John Lustig, Romano Scarpa (A) Francesco Artibani, Alessandro Perina, William Van Horn, John Lustig, Romano Scarpa (CA) Ulrich Schroder (A/CA) Daan Jippes
He's tougher than the toughies and smarter than the smarties... he's Scrooge McDuck! But has he got what it takes to survive a combined onslaught from Flintheart Glomgold, John D. Rockerduck, Magica De Spell, and the Beagle Boys in "Scrooge's Last Adventure"? Also features Glittering Goldie in Romano Scarpa's "The Miner's Granddaughter," new tales of Uncle Rumpus by William Van Horn, and a virtual reality trek through Scrooge's Life and Times in "Scrooge Vs. Scrooge!" Collects IDW's Uncle Scrooge #13-18, an assortment of classic and modern Disney tales, many of them published for the first time in the U.S. by highly regarded creators from around the world.
In Shops: Sep 20, 2017
SRP: $29.99
View All Items In This Series
ORDER WISH LIST