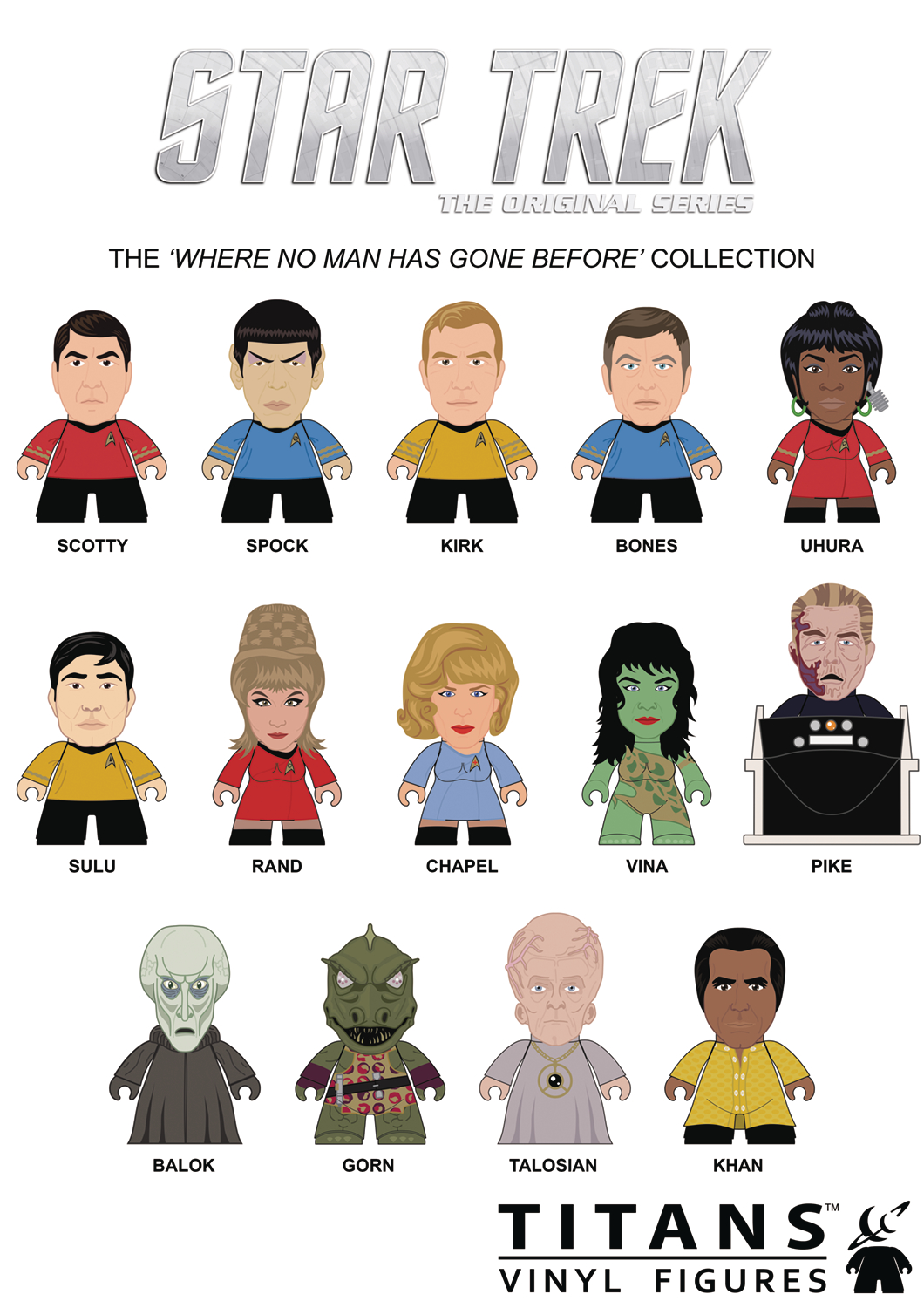 APR168973
From Titan Books. The Star Trek Titans: The Original Series Season One - The "Where No Man Has Gone Before" Collection features characters from the first season of the groundbreaking science-fiction phenomenon led by the unforgettable trio of Captain James T. Kirk, Mister Spock and Doctor Leonard "Bones" McCoy! All of the iconic bridge crew from season one are represented in this debut blind-boxed Titans wave (Uhura, Sulu, Scotty, Nurse Chapel and Yeoman Rand) - alongside classic Season One nemeses such as the mysterious Balok, the manipulative Talosian Keeper, the terrifying Gorn and the legendary Khan Noonien Singh. Each figure is 3" blind-boxed and certain pieces come with a character-specific accessory.