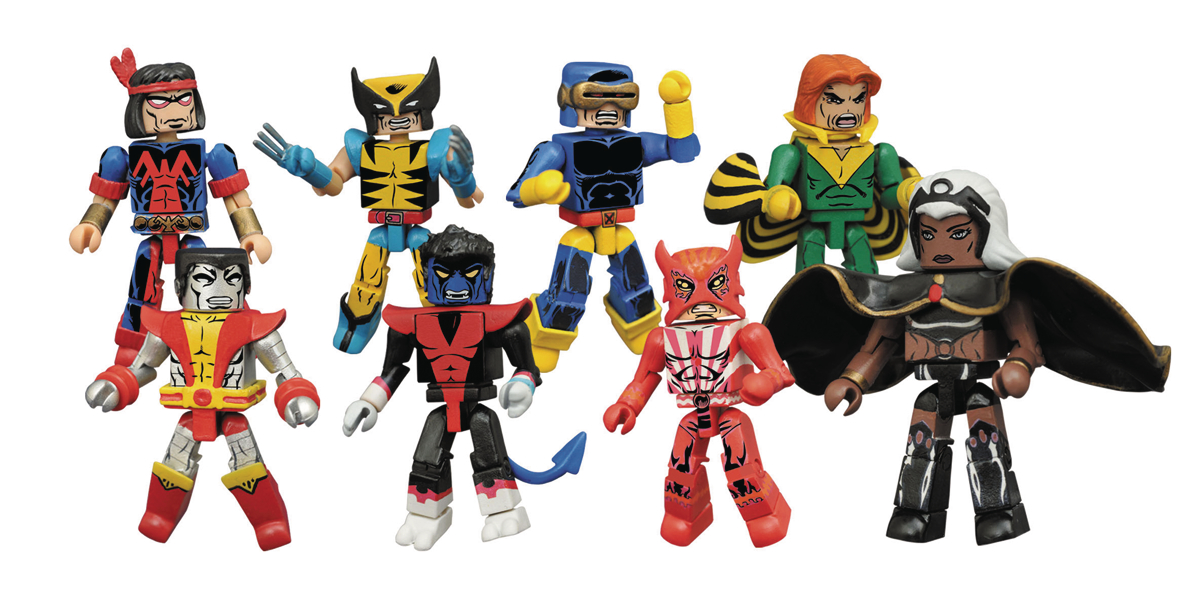 APR162614
A Diamond Select Toys release! In 2004, DST released the original Giant-Sized X-Men box set, and it helped establish the Marvel Minimates line as one of the most comprehensive Marvel toy lines in existence. Now, 12 years later, DST is revisiting Giant-Sized X-Men #1 as a new series of two-packs, with new parts, updated characters and never-before-seen costumes! Two-packs include Wolverine with Thunderbird, Cyclops with Banshee (in his first-ever green costume), Colossus with Nightcrawler, and Storm with Sunfire (in his first-ever classic costume)! Each 2-inch Minimates mini-figure features 14 points of articulation, a display base and fully interchangeable parts, including alternate capes for Storm, and faces for Nightcrawler! Each two-pack is packaged in a full-color window box.
In Shops: Sep 21, 2016
SRP: $9.99