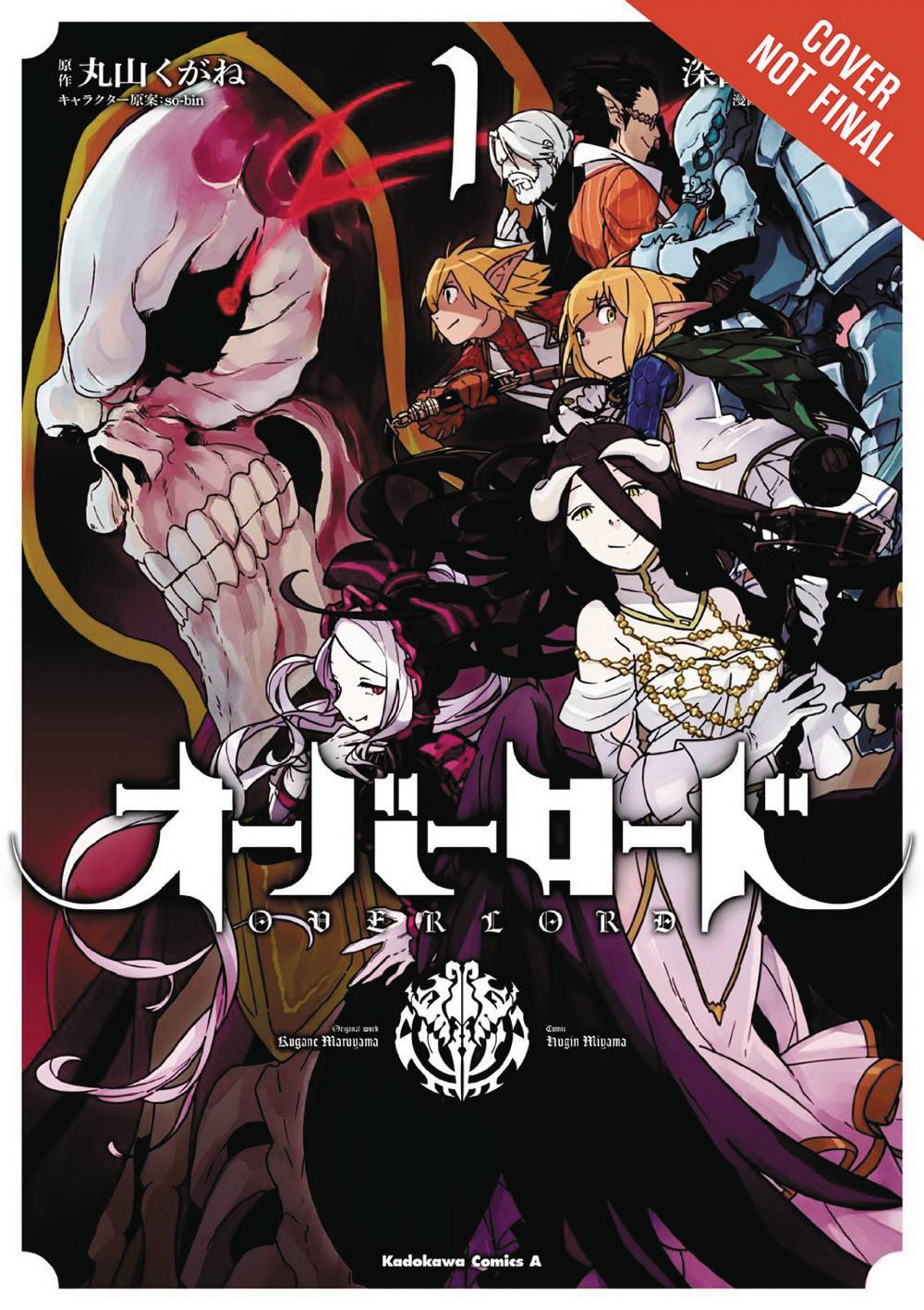 #
APR162152
(W) Kugane Maruyama (A/CA) Hugin Miyama
Momonaga used to have a boss. Now he is the final boss in Yggdrasil, a game world made real, in the manga adaptation of the super popular light novel series Overlord! What do you do when your favorite game shuts down? Momonga decided to stay logged in right up until the very end. But when the servers go dark, he finds himself transported into the game world - and he's been transformed into his skeletal avatar from the game, awesome magical powers included! But what if he's the villain of his own story?
In Shops: Jun 22, 2016
SRP: $13.00
View All Items In This Series