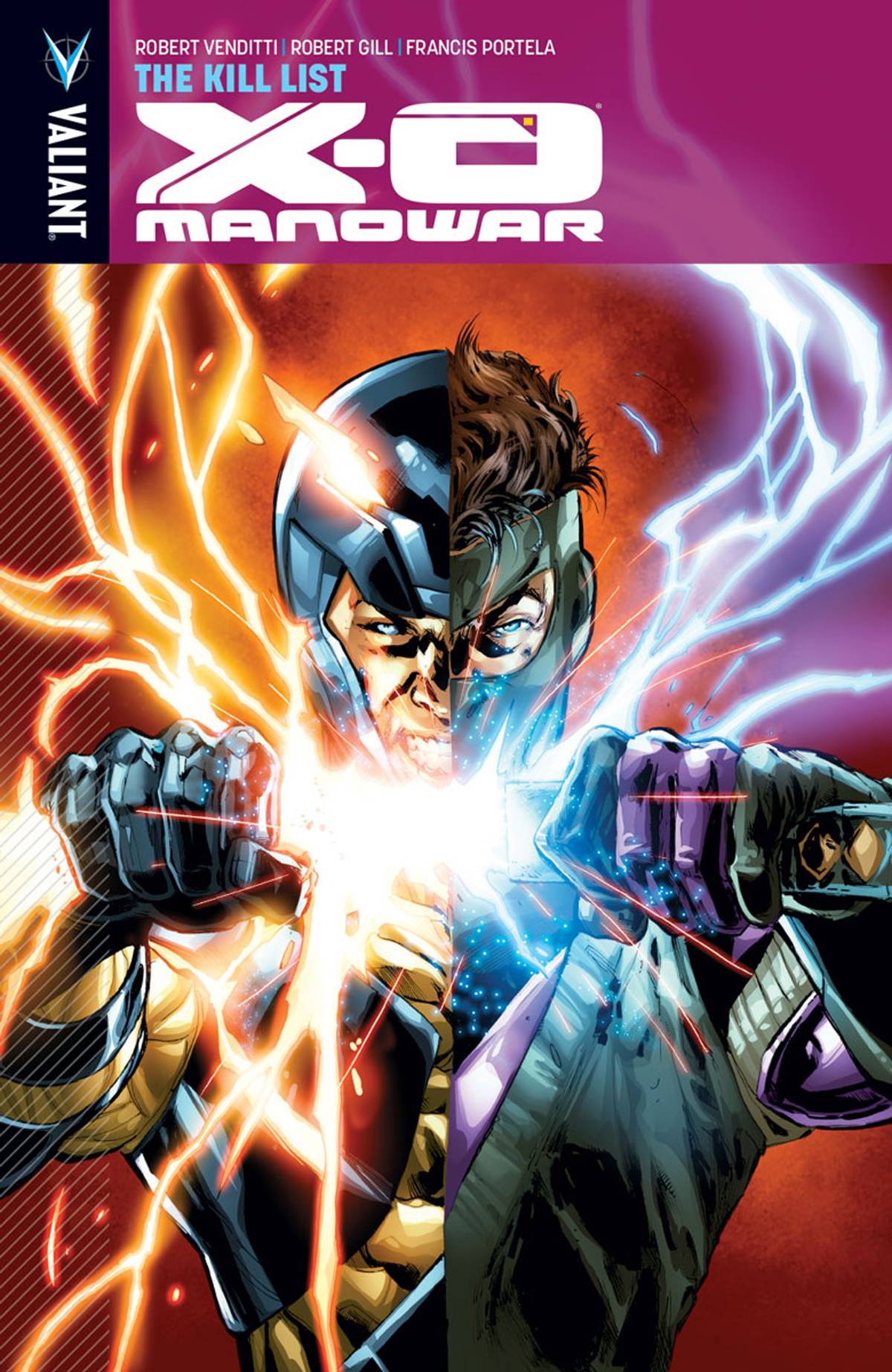 #
APR162080
(W) Robert Venditti (A) Robert Gill, CAFU, Francis Portela, Bit (CA) Phil Jimenez
X-O MANOWAR AND NINJAK GO DEEP UNDERCOVER FOR... "THE KILL LIST"!
With two kingdoms now under his command, Aric of Dacia has pledged loyalty to his adopted nation - the United States of America - and now America has given him a new mission: destroy The Vine's network of humanoid alien agents, once and for all. To do it, he'll have to turn to the one man among us he can trust...his own former enemy, the deadly MI-6 operative called Ninjak!
Meanwhile, The Vine's most militant warrior, Commander Trill, is readying a counterattack...and what happens next will shake the Valiant Universe to its core. Can X-O Manowar and Ninjak cut their way to the source of this stealth attack before all is lost?
New York Times best-selling writer Robert Venditti (WRATH OF THE ETERNAL WARRIOR) and explosive artists Robert Gill (BOOK OF DEATH), Francis Portela (Green Lantern), and CAFU (IMPERIUM) prepare the next salvo in X-O MANOWAR's unfolding epic!
Collecting X-O MANOWAR #43-46, X-O MANOWAR: COMMANDER TRILL #0, and X-O MANOWAR 25th ANNIVERSARY SPECIAL #1.
In Shops: Jun 08, 2016
SRP: $19.99
View All Items In This Series
ORDER WISH LIST