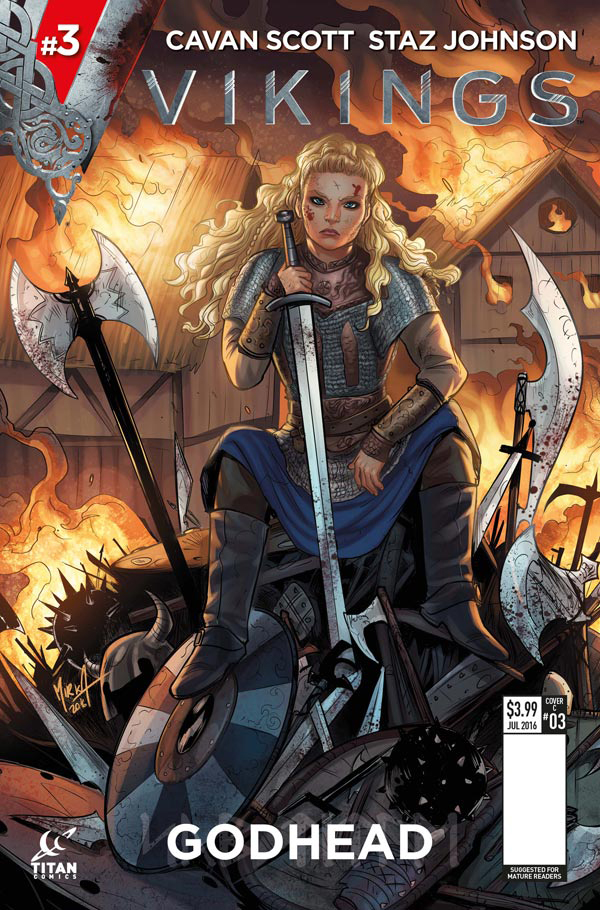 APR161954
(W) Cavan Scott (A) Staz Johnson, Andrea Mutti (CA) Mirka Andolfo
Viking versus Viking! English king Ecbert has harnessed the power of Ragnar and his Vikings to unleash them against another band of Norsemen harrying England's south coast. But as Ragnar leads his warriors into battle, their opponents await them!
In Shops: Aug 03, 2016
SRP: $3.99
View All Items In This Series