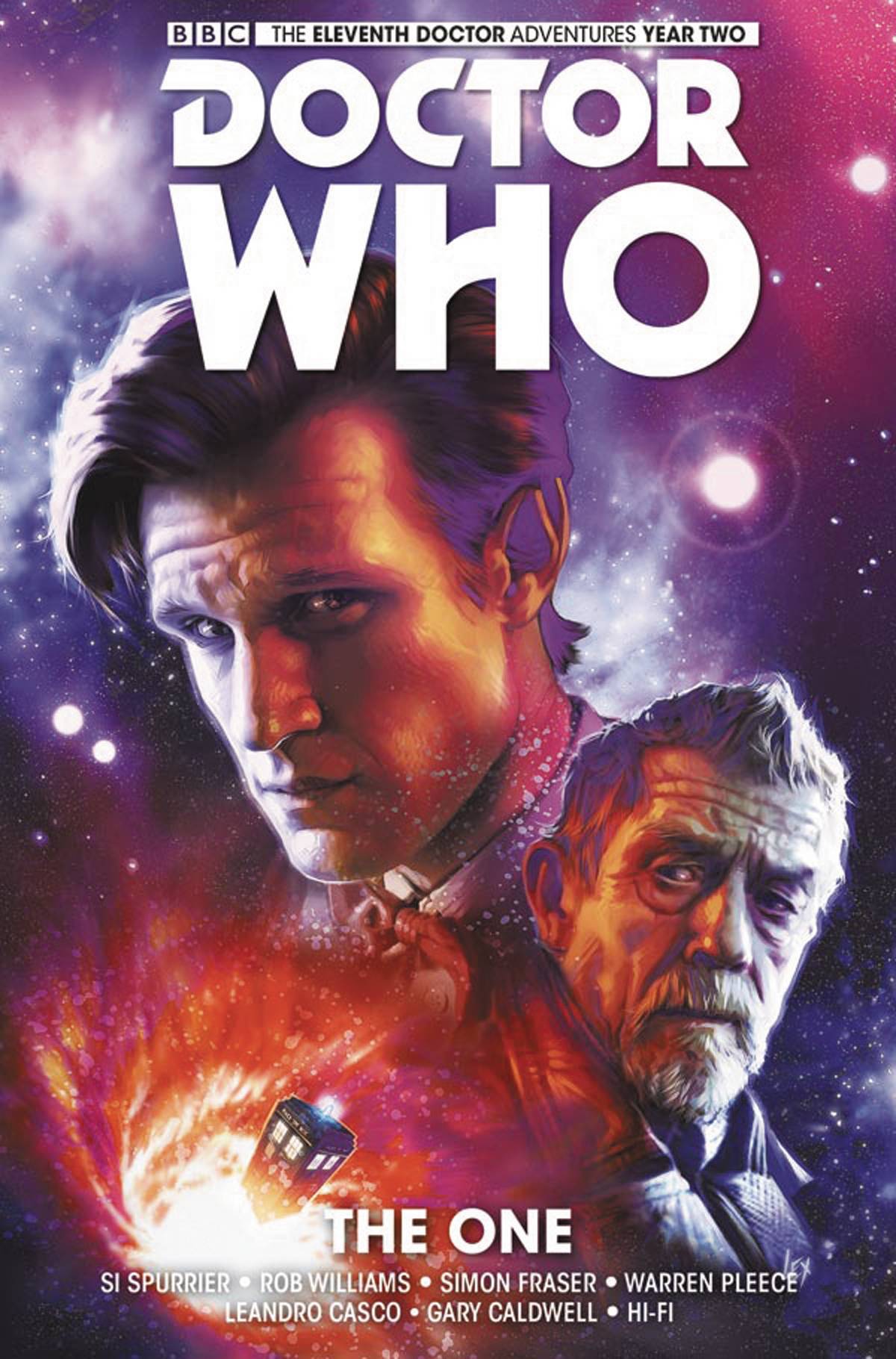 #
APR161927
(W) Simon Spurrier, Rob Williams (A) Simon Fraser, Warren Pleece, Leandro Casco (CA) Alex Ronald
The Doctor struggles to clear his name, and rediscovers more of what his War Doctor incarnation got up to during the Time War! Plus: the Squire uncovers her true past, and Alice cracks a temporal mystery. While Abslom Daak uses his chainsword to bash things a lot. Guest-starring River Song, and the best jailbreak of any century! Collects: Doctor Who: The Eleventh Doctor Year Two #6-10.
In Shops: Aug 31, 2016
SRP: $19.99
View All Items In This Series
ORDER WISH LIST