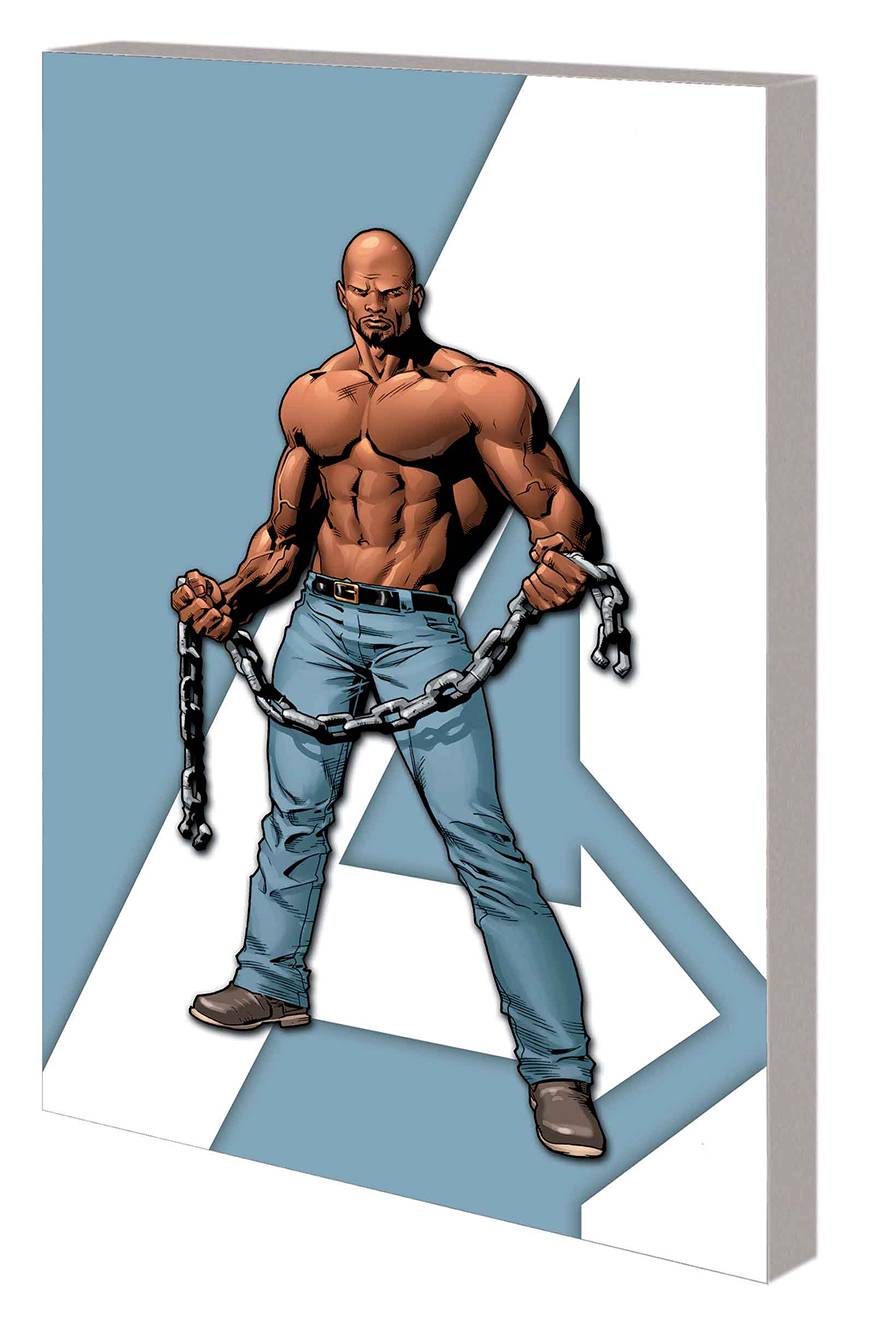 #
APR161100
(W) Various (A) Various (CA) Stuart Immonen
The steel-skinned Avenger shows exactly why he's one of Earth's Mightiest Heroes! Discover how young Carl Lucas, imprisoned for a crime he didn't commit, gained his powers and became the hero he is today! As Civil War rages, Luke picks a side and makes a stand - but it might divide him from his wife, Jessica Jones! But when their daughter, Danielle, is captured by Skrulls, Luke will make a deal with the devil to save her. Then, a ghost from Luke's past takes him back to the Hero For Hire biz - and a classic street level team-up pits Luke, best pal Iron Fist, Daredevil, Moon Knight and Spider-Man against the Kingpin and Killgrave the Purple Man! Collecting AVENGERS ORIGINS: LUKE CAGE, NEW AVENGERS (2005) #22 and #49, NEW AVENGERS: LUKE CAGE #1-3 and MARVEL TEAM-UP ANNUAL #4.
Rated T+
In Shops: Jul 20, 2016
SRP: $19.99