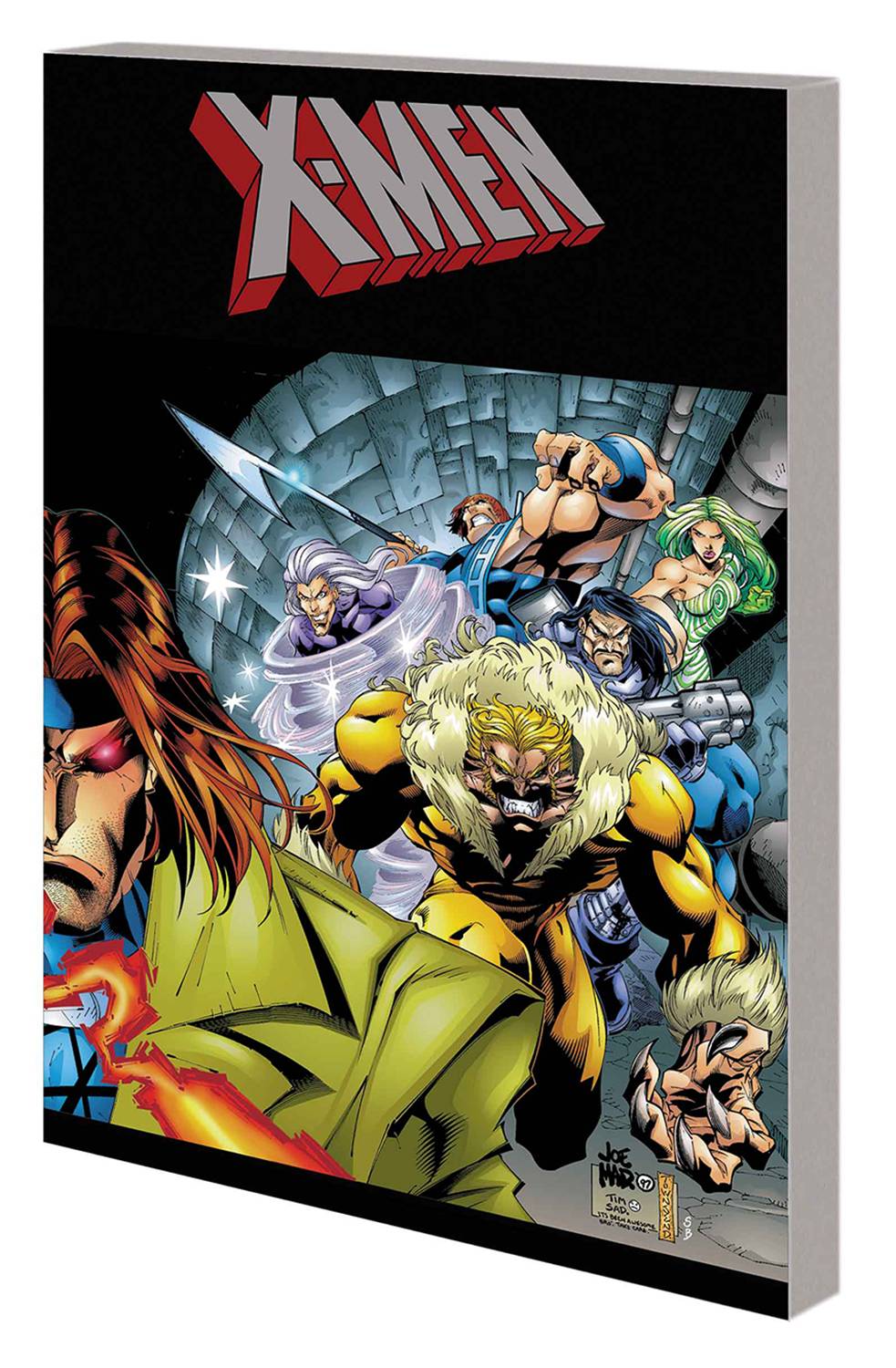 #
APR161099
(W) Various (A) Various (CA) Joe Madureira
For years, they've loved each other from a safe distance. Now Rogue and Gambit will become closer than ever - and it may shatter their lives permanently! For when Remy LeBeau's past actions are revealed, he'll be put on trial - but who will serve as judge, jury and executioner? In other action, a suitably uncanny battle between Cannonball and Gladiator sends one squad of X-Men on its latest intergalactic adventure. Can they free the Shi'ar from the deadly grip of the Phalanx and return to Earth in one piece? Meanwhile, another team grapples with the Kingpin and Sebastian Shaw over a possible cure for the Legacy Virus! Plus: Flash back with Rachel Summers and Magneto, witness a furious Marrow take on Spider-Man, and meet the mighty Maggott! Collecting UNCANNY X-MEN (1981) #341-350 and #-1, and X-MEN (1991) #62-64 and #-1.
Rated T
In Shops: Jul 20, 2016
SRP: $34.99