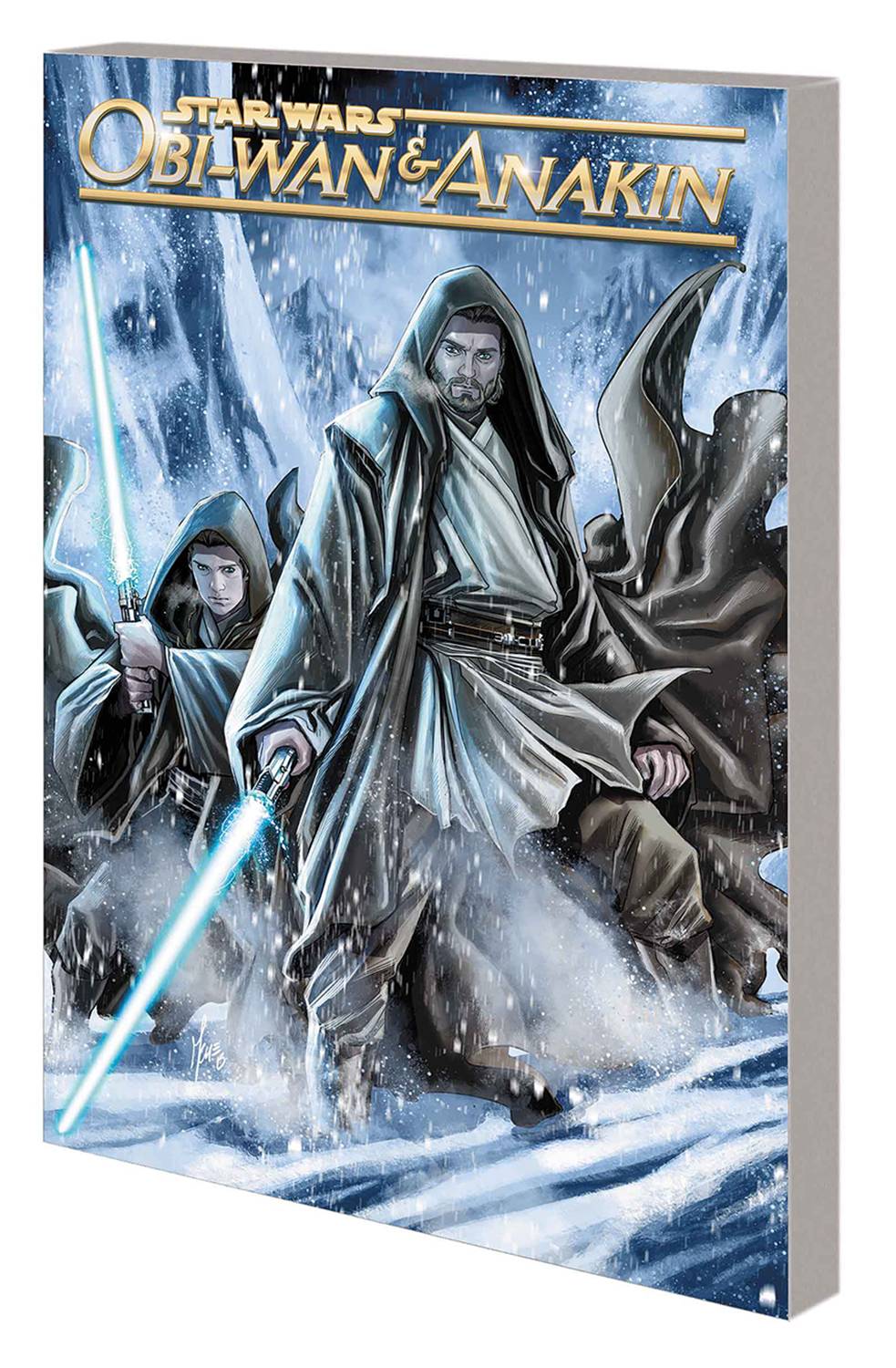 #
APR161092
(W) Charles Soule (A/CA) Marco Checchetto
Before their military heroism in the Clone Wars, before their tragic battle on Mustafar and many decades before their final confrontation on the Death Star, they were Master Obi-Wan Kenobi and his young Padawan, Anakin Skywalker. Now join them a few years into Anakin's, "chosen one" training. Teacher and student have grown closer over time, but it's been a difficult road. And things aren't about to get any easier. In fact, when they're called to a remote planet for assistance, the pair may be pushed to their breaking point. As they find themselves stranded on a strange world of primitive technology and deadly natives, will they be able to save themselves? When war breaks out around them, master and apprentice will find themselves on opposite sides! Collecting OBI-WAN AND ANAKIN #1-5.
Rated T
In Shops: Jul 20, 2016
SRP: $16.99
ORDER WISH LIST