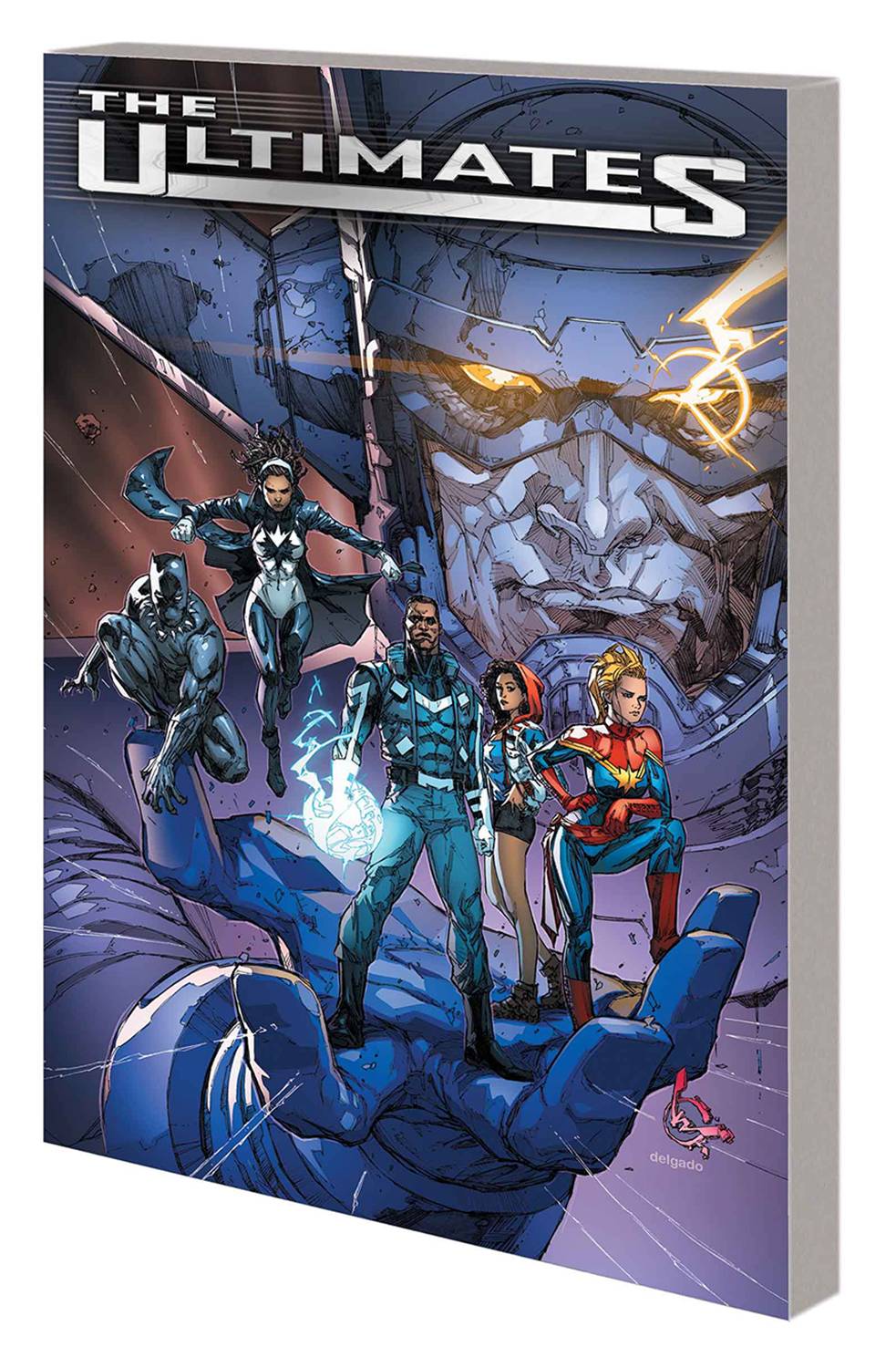 #
APR161085
(W) Al Ewing (A) Christian Ward (A/CA) Kenneth Rocafort
Black Panther! Captain Marvel! Ms. America! Spectrum! Blue Marvel! Together, they form the ultimate super team, finding and fixing problems beyond the limits of the infinite! From cosmic forces lurking on Earth to whatever waits beyond the omniverse - they start with the impossible and take it from there! And what's more impossible than ending the threat of Galactus...forever? The devourer of worlds is beyond good and evil. He's a necessary part of the universe. The Ultimates have heard it all before - and respectfully, they disagree. The bigger they are, the harder they fall - but if they succeed in taking him down, what will take his place? Another problem: Spacetime is broken. And to solve that, the Ultimates can't just think within the box. They need to go...outside! Collecting ULTIMATES (2015) #1-6 and material from AVENGERS #0.
Rated T+
In Shops: Jun 29, 2016
SRP: $17.99
View All Items In This Series