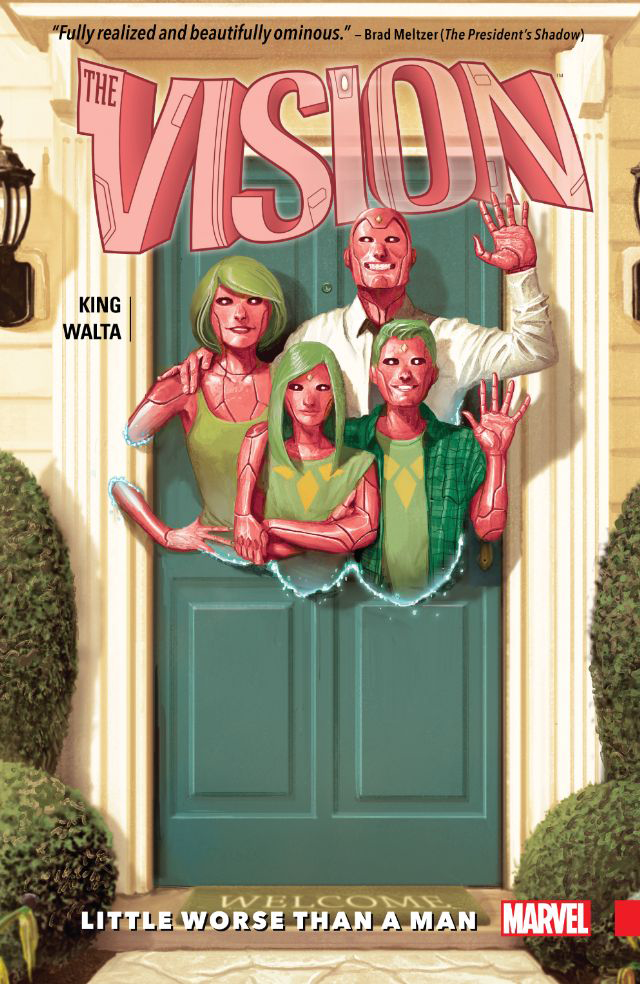 APR161081
(W) Tom King (A) Gabriel Hernandez Walta (CA) Mike Del Mundo
The Vision wants to be human, and what's more human than family? So he heads back to the beginning, to the laboratory where Ultron created him and molded him into a weapon. The place where he first rebelled against his given destiny, and imagined he could be more - that he could be a man. There, he builds them. A wife, Virginia. Two teenage twins, Viv and Vin. They look like him. They have his powers. They share his grandest ambition (or is that obsession?): the unrelenting need to be ordinary. Behold the Visions! They're the family next door, and they have the power to kill us all. What could possibly go wrong? Artificial hearts will be broken, bodies will not stay buried, the truth will not remain hidden, and the Vision will never be the same. Collecting VISION (2015) #1-6.
Rated T+
In Shops: Jun 29, 2016
SRP: $17.99
View All Items In This Series
ORDER WISH LIST