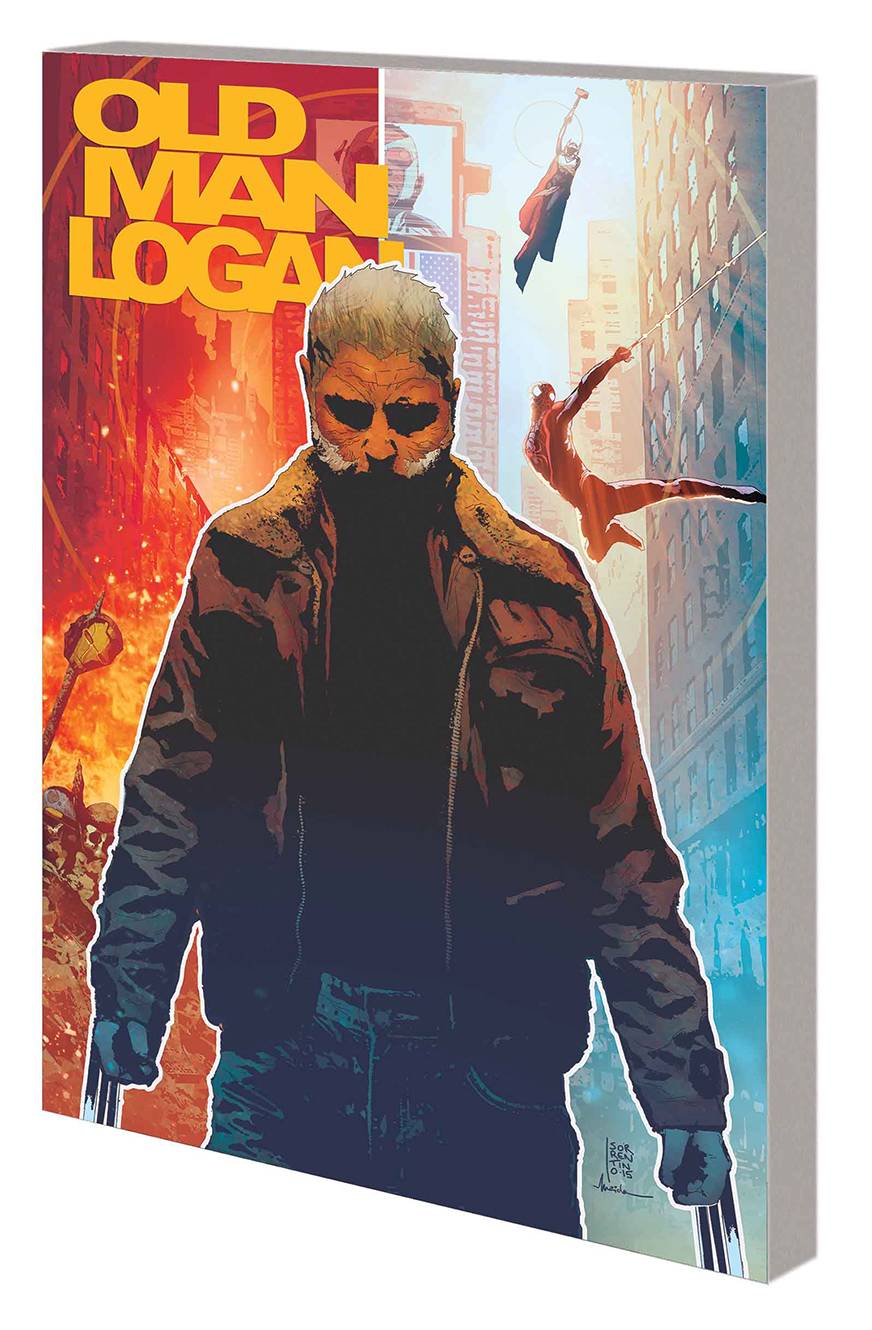 #
APR161078
(W) Jeff Lemire, Mark Millar (A) Steve McNiven (A/CA) Andrea Sorrentino
Decades from now, the man who was Wolverine endured the deaths of his fellow heroes, the slaughter of his family by the hillbilly Hulk gang, and the murder of his closest friend, Hawkeye. So when Old Man Logan wakes up in the present to discover a world not yet gone to hell, he's determined to kill whomever it takes to ensure the Wasteland he knew never comes to pass! Old Man Logan's hit list includes the Hulk - but in this reality, he's All-Different and Totally Awesome! Will Logan find aid from his pal Clint Barton, or only end up in the archer's sights? And when his one-man mission of murder attracts the former Captain America's attention, who wins the battle between Old Man Logan and Old Man Rogers? Collecting OLD MAN LOGAN (2016) #1-4 and WOLVERINE: OLD MAN LOGAN GIANT-SIZE.
Parental Advisory
In Shops: Jul 13, 2016
SRP: $16.99
View All Items In This Series
ORDER SUBSCRIBE WISH LIST