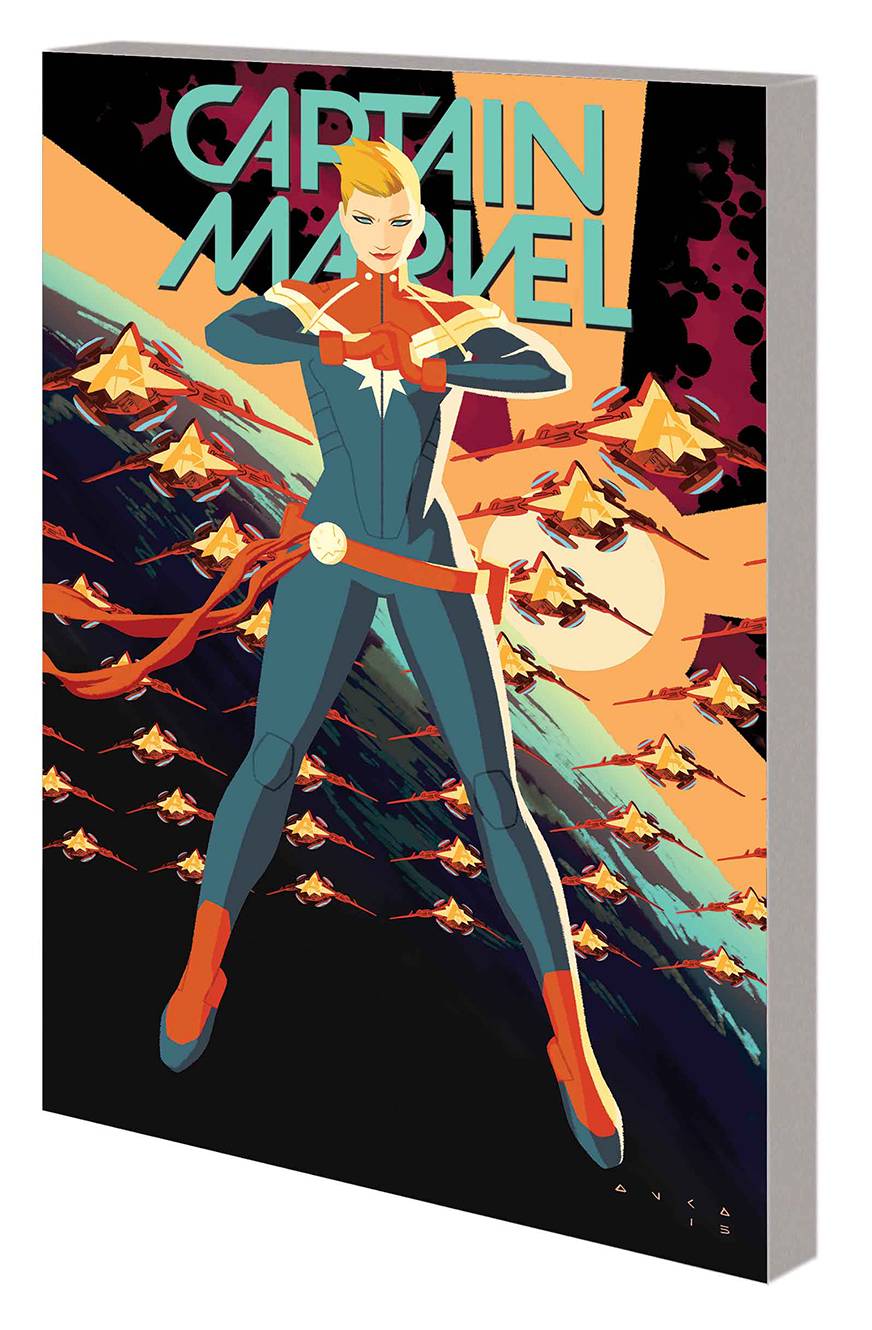 #
APR161074
(W) Michele Fazekas, Tara Butters (A/CA) Kris Anka
Oh Captain, my Captain! Carol Danvers soars higher than ever with her greatest mission yet - leading Earth's first line of defense, the all-new Alpha Flight space program! And some alums of the old-school Flight are along for the ride: Puck, Aurora and Sasquatch! It's a bold new frontier for Captain Marvel, but can she handle being a diplomat first and a soldier second? She'll face negotiations with alien delegates, passive-aggressive power struggles with Flight Commander Abigail Brand, an insatiable itch to be out on the front lines and the mystery of a ghost ship bearing the Star of Hala - the very symbol she wears on her chest! Plus: Carol's powers are on the fritz, and all evidence says Alpha Flight has a traitor in its midst. You think your job is tough? Try Captain Marvel's! Collecting CAPTAIN MARVEL (2016) #1-5.
Rated T+
In Shops: Jul 20, 2016
SRP: $15.99
View All Items In This Series