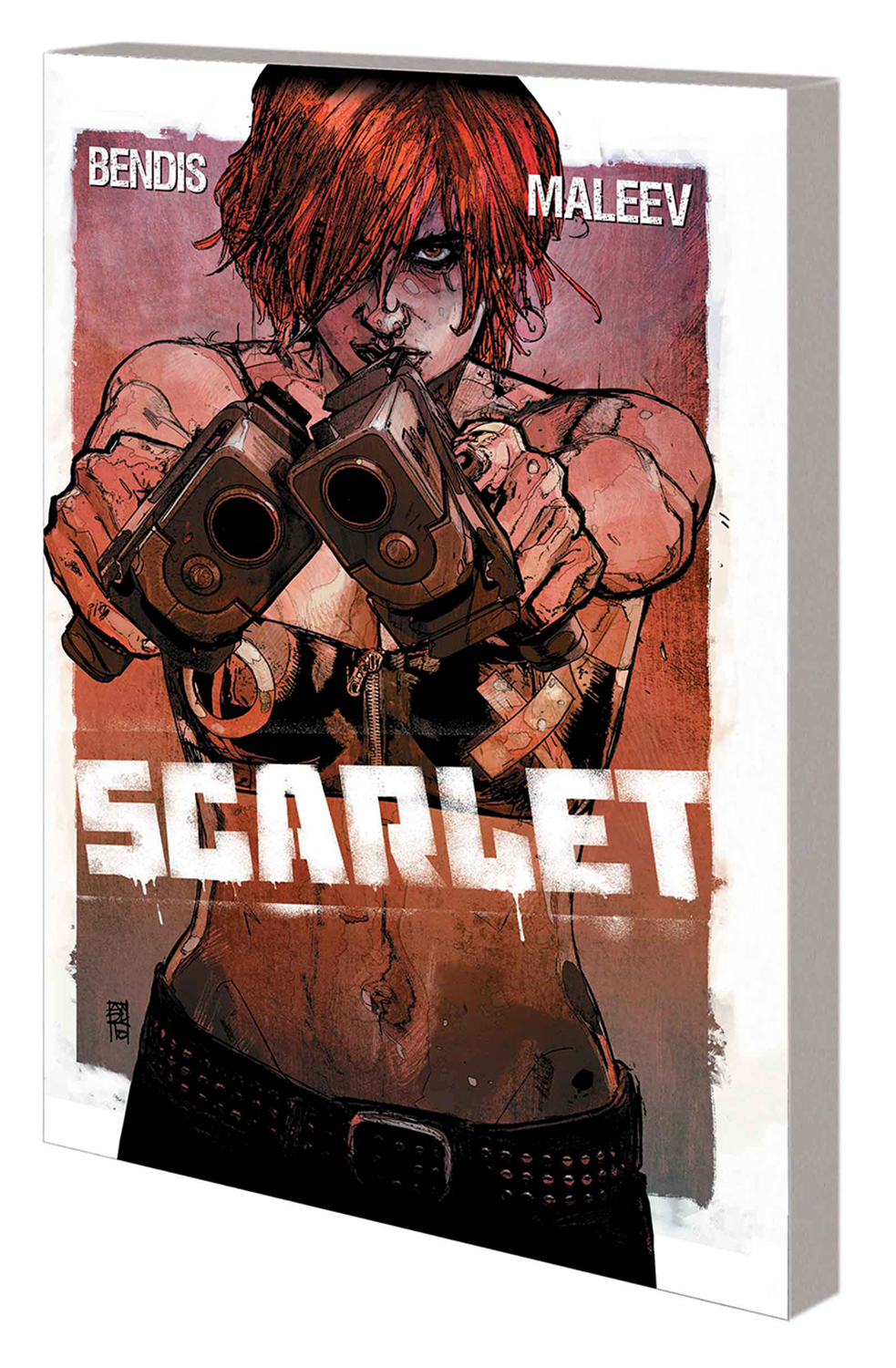 APR161064
(W) Brian Michael Bendis (A/CA) Alex Maleev
The first creator-owned series by one of the most successful teams in modern comics, SCARLET is the story of a woman pushed to the edge by all that's wrong with the world. A woman who decides to stand up and fight back. A woman who will not back down. A woman who discovers within herself the power to start a modern American revolution! In the vein of ALIAS, POWERS and JINX, SCARLET debuts a fascinating new character who, with every issue, reveals new things about herself against a completely original backdrop of intrigue and drama. This collection of the first creator-owned series by Bendis since POWERS - and the first-ever creator-owned series by Maleev - includes tons of extras, a look at the first-issue script by Bendis with new illustrations by Maleev, an all-star cover gallery and more! Collecting SCARLET #1-5.
Mature
In Shops: Jul 13, 2016
SRP: $19.99
View All Items In This Series
ORDER WISH LIST