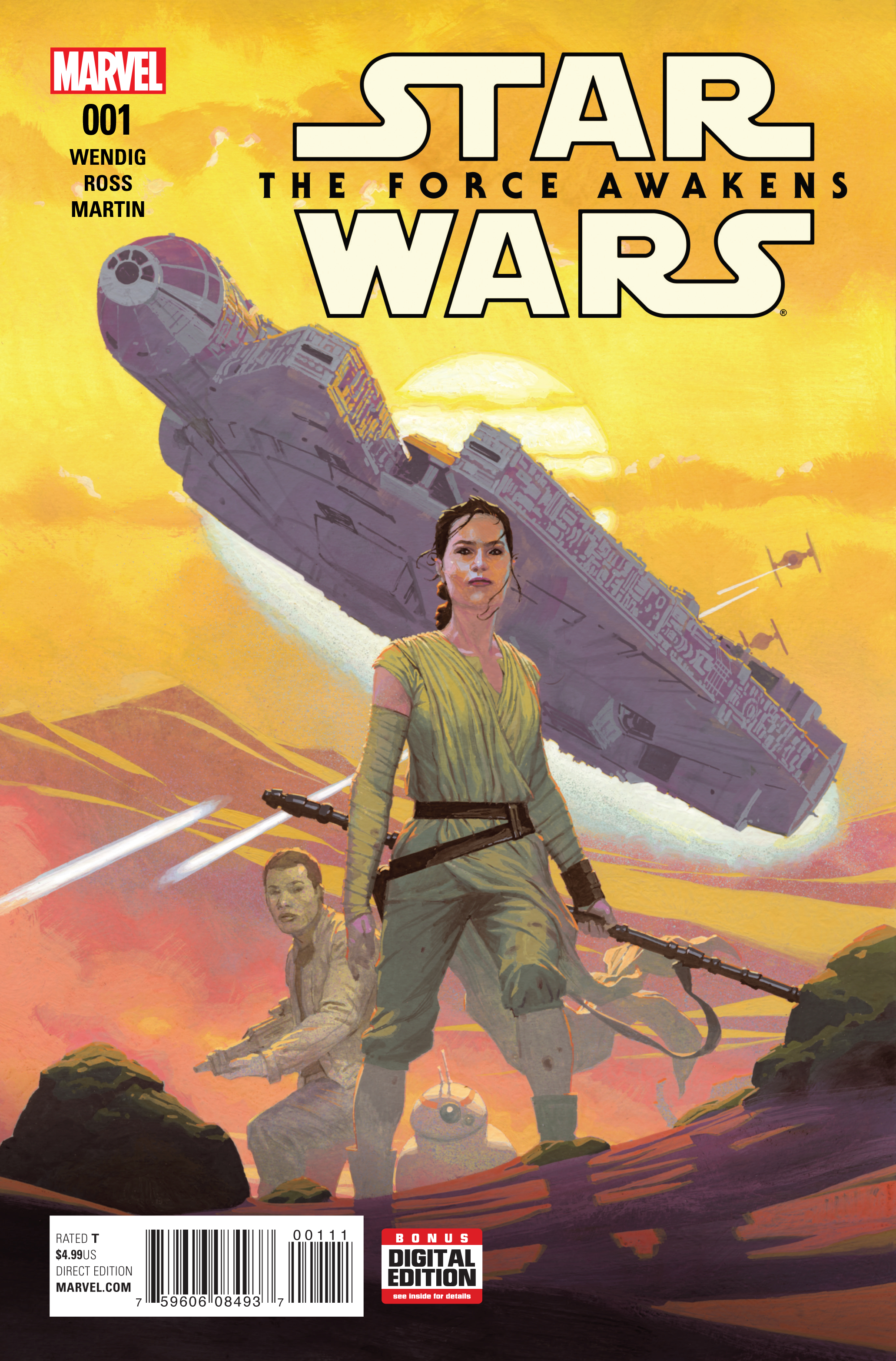 APR161041
(W) Chuck Wendig (A) Luke Ross (CA) Esad Ribic
It's true-all of it! The biggest movie of the year jumps from the big screen to the comic book page! It's been three decades since the Rebel Alliance destroyed the Death Star and toppled the Galactic Empire...but now, on the remote planet of Jakku...there is a stirring in the Force. A young scavenger named Rey...a deserting stormtrooper named Finn...an ace pilot name Poe...and a dark apprentice named Kylo Ren...Their lives are about to collide as the awakening begins. Written by Chuck Wendig (STAR WARS: AFTERMATH) and drawn by Luke Ross (HERCULES), take us on our first steps back into the Saga of a lifetime!
Rated T
In Shops: Jun 22, 2016
SRP: $4.99
View All Items In This Series