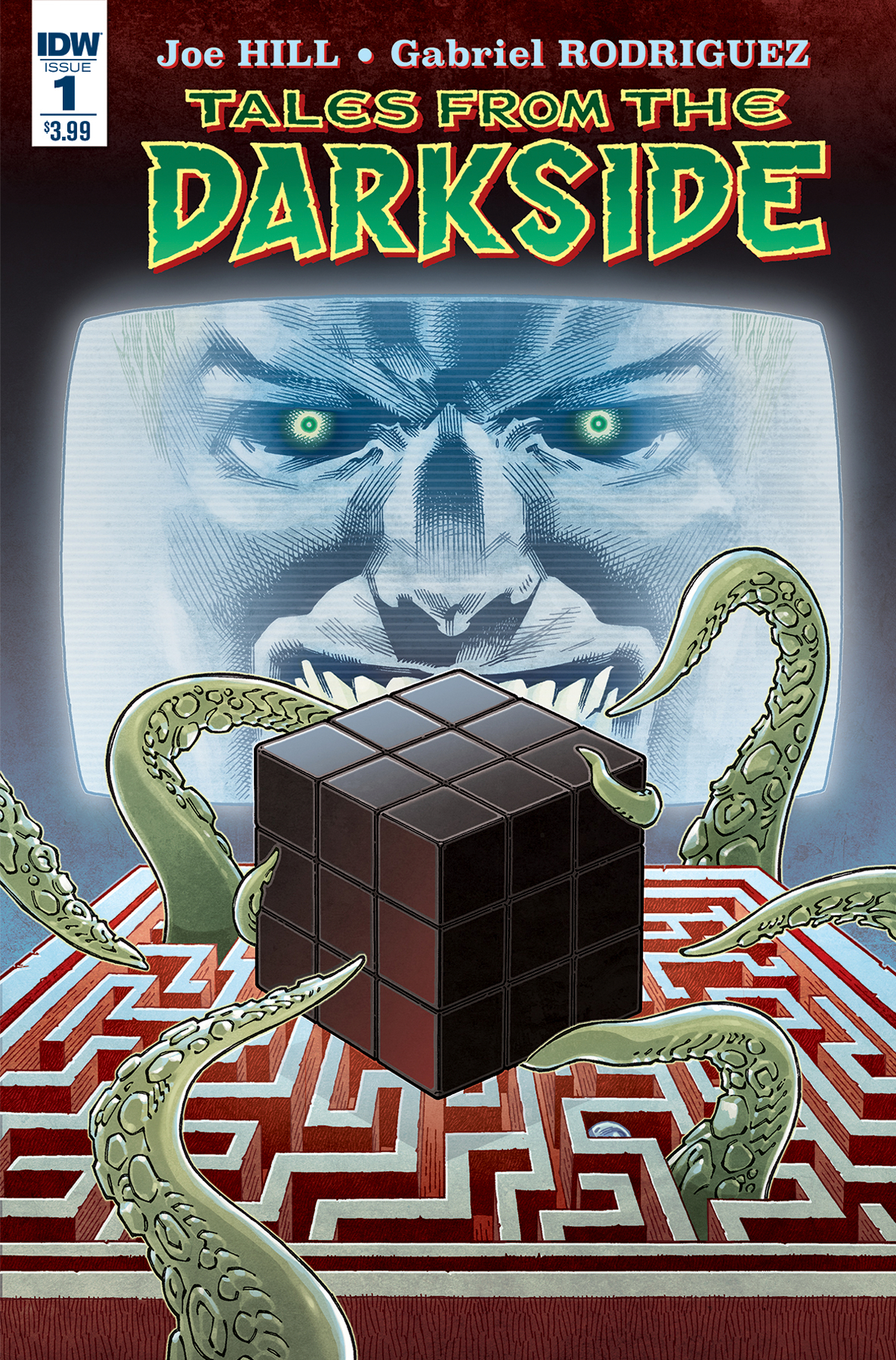 APR160563
(W) Joe Hill, Michael Benedetto (A/CA) Gabriel Rodriguez
Joe Hill's nerve-shredding re-imagining of Tales from the Darkside never made it to your TV set...but the dead are restless and refuse to stay buried! This summer, IDW releases DARKSIDE, a four-issue comic-book adaptation of the episodes written by Hill and illustrated here by Locke & Key co-creator Gabriel Rodriguez! Three stories of the macabre and malevolent! One coulda-been, shoulda-been TV epic on paper with pictures that don't move! Step out of the warm, sunlit world you think of as reality and get ready to take a chilling walk... on the DARKSIDE.
In Shops: Jun 15, 2016
SRP: $3.99
View All Items In This Series
ORDER WISH LIST